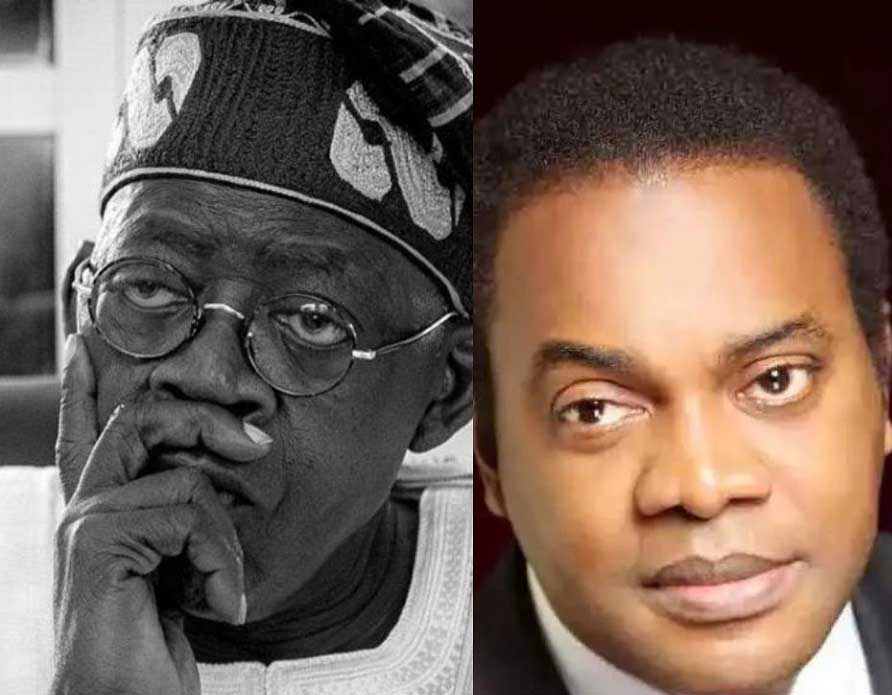 The Tinubu Campaign Organisation has said it had tendered an apology to former Cross River State Governor, Donald Duke, for using his picture as Bola Tinubu, the presidential candidate of the ruling All Progressives Congress, APC.
A statement on Monday by Bayo Onanuga, the spokesman of the APC Presidential Campaign- Council described it as an honest mistake.

Recall Duke had in a video denounced the use of his picture in a documentary on Tinubu during his early days.

The video which went viral added to many controversies surrounding the presidential candidate of the APC.

Onanuga said, “We have taken note of the video in circulation where former Cross River State Governor, Mr. Donald Duke, said his picture as a 12-year old boy and student of Federal Government Secondary School in Sokoto was used in a documentary to celebrate Asíwájú Bola Ahmed Tinubu.

“Our investigation further revealed that the picture in question has also surfaced in some of our campaign materials, on websites and Twitter accounts of Asíwájú supporters, along with a similar photo of besuited Asíwájú donning an Afrohair popular in the 70s and 80s.”

He explained that, “No one and not even Asiwaju’s personal photographers and the artists who designed the materials, have been able to explain how the photo was mixed up with the other photo that represents Asíwájú’s teenage years. They all said they got both photographs in Google search.

“We have called Governor Donald Duke to apologize for the unintentional mix-up and the error.”

Describing it as a mistake for which all involved have accepted responsibility, he added that, “Tinubu did not authorize the appropriation of another person’s image as his own.”

According to him, “We also want to absolve the Presidential Campaign Council of any blame.

“To the traducers, who have been attacking Asíwájú Tinubu for what he knew nothing about, we want to appeal to them to be reasonable over this matter.

“We are in a campaign season where many supporters go out of their ways to produce jingles, documentaries, posters, billboard materials and other promotional materials without the approval of candidates across political parties.

“The campaign council has in the meantime established a process for clearance and approval by individuals and support groups who seek to produce campaign materials for media use,” Onanuga said in the statement.