Why I Refused To Join Atiku’s Campaign- Sam Amadi 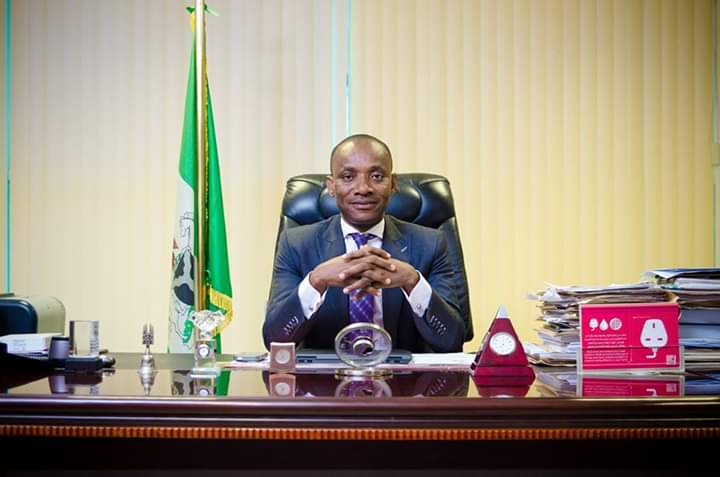 Former Chairman of the Nigerian Electricity Regulatory Commission (NERC), Sam Amadi, has explained why he rejected his appointment into the campaign council of the presidential candidate of the Peoples Democratic Party, (PDP), Atiku Abubakar.

He said that his rejection of the appointment was based on some roles he occupies which require some level of non-partisanship even as he explained that the supporters of the Presidential Candidate of the Labour Party, Peter Obi, who are pushing the Obidient Movement would see it as a plus.

The Senior Lecturer at Baze University, Abuja, pointed out that his role in the media industry and other organisations are critical and do not require partisanship as picking up the appointment into the PDPPPC will bring conflict of interest.

He had written a letter to the Governor Of Sokoto State and Director General of the PDP Presidential Campaign Council, Aminu Tambuwal, rejecting the appointment explaining, “The decision to decline the offer has stemmed from the conflicts of interest emanating from various responsibilities in which I act as a leader of different platforms where political neutrality and objectivity are required of me.

“These platforms are as follows: The Abuja School of Social and Political Thoughts (ASSPT). As director of the school, I bear the responsibility to lead a group of intellectuals and scholars of diverse political and ideological stripes with a commitment to rethink the nature of the social, political, and economic crises of statehood in Africa, and to develop new ideas and policies to transform Nigeria and other African societies,” Amadi stated in a letter dated October 10.

He further stated that, “For some years, I have been an analyst on Arise News, which I consider one of the most strategic institutions for national development and sane deliberative democracy through analytical news reporting.

“My role in that reputable media platform also requires non-partisanship, even as I am free to express my opinions.”

In an interview on Tuesday morning, Amadi doubled down on his rejection and pointed out that there was also additional pressure from certain quarters on social media.

“It is difficult to say it is not true that there was pressure in some quarters,” he said pointing out that, “I was not prepared to be partisan. I work as an Arise analyst and the work requires non-partisanship.

“It is not as if I cannot supply ideas to any candidate. It is a job that requires at least some level of non-partnership, the position (Director of Research) is biassed.

Also, “Some of the work done at ASSPT as the head of the leadership committee, some members are of different political sides, some are PDP supporters, some are Labour Party, APC supporters, how do you coordinate without having a PDP bias? Not that you are biassed but they will feel where I belong and that I have a PDP bias.

“When you are campaign director, it will basically mean some level of partisanship. I am the one driving most of the things here, some of the critical work is being done by me,” he further explained.

He further explained that the Obidient Movement will see it as a plus that he turned the appointment down.

“They (Obidients Movement) could see it as a plus. Like I stated in my letter to Tambuwal (Aminu), I cannot do the work. They could see it as good since most easterners are supporting the candidate of the Labour Party.

“They will be right but that would not make them feel I am fighting Atiku but that the work I do requires in the minimum some level of non-partisanship,” he added.