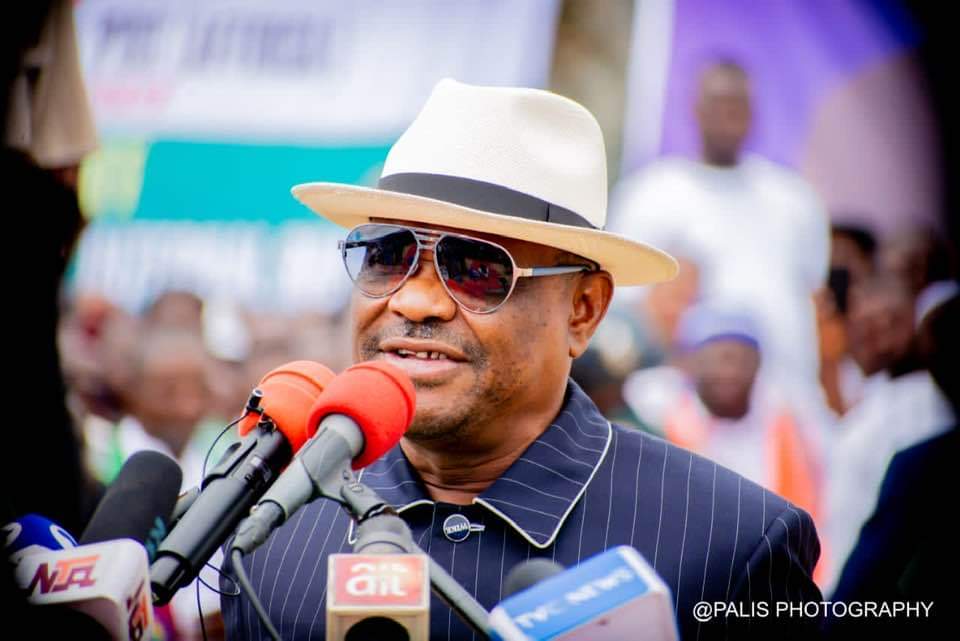 The spokesman of the Atiku Campaign, Charles Aniagwu, has accused the Rivers State governor, Nyesom Wike, of lacking credibility to call for the resignation of Iyorchia Ayu as the National Chairman of the PDP.

He said Wike had no moral right to make the call because he allegedly failed to honour the zoning formula in his state in 2015.

Aniagwu, a former Commissioner for Information in Delta State, was speaking on the Nigerian Television Authority (NTA), on Friday, the same time Wike was holding a media chat in Rivers State, Port Harcourt.

Aniagwu said, “In 2015, let’s not forget, Amaechi was leaving office. Amaechi is from the same place as Wike. You didn’t say let’s move to the waterside. What Wike said then that I recall was that you need to, first of all, have the power before you begin to respect zoning.

“That the party in Rivers was not in power because Amaechi has moved to APC. That PDP cannot be talking about zoning when they were not in power in Rivers,” Aniagwu explained.

Continuing, he explained that, “In Nigeria today, PDP is not in power. Besides, the last president from the party was Goodluck Jonathan from the south.

“Are you using Buhari of APC to zone in PDP when we are operating different constitutions? Those are some of the issues that I like my brother to answer,” he said.

Aniagwu was speaking on the crisis rocking the party since the end of its presidential primary election.

Wike came second to the eventual winner, Atiku Abubakar, who went ahead of the recommendation of the selection committee to pick Ifeanyi Okowa, Delta State governor, as his running mate.

But it’s the role Ayu played during the primary and post primary processes that has riled Wike and his camp, who have demanded his resignation.

But Aniagwu brushed that aside on Friday saying Ayu had gotten a vote of no confidence from the National Executive Committee of the party, hence his continuous stay in power.

The former commissioner said, “The NEC of the party met and said they had examined these issues and Ayu said if the party asks me to go to the NEC I will go.

“The NEC of the party met, and this is democracy, and say no we are giving you people a vote of confidence to be able to work because you have done well in Osun.

“These same members of the party who said they are party members don’t have respect for the party and do not even want to respect the decision of the NEC.

“What you are demanding is the problem of this timeline. In six months, this election would have been done and dusted and then everything you want to change can change.