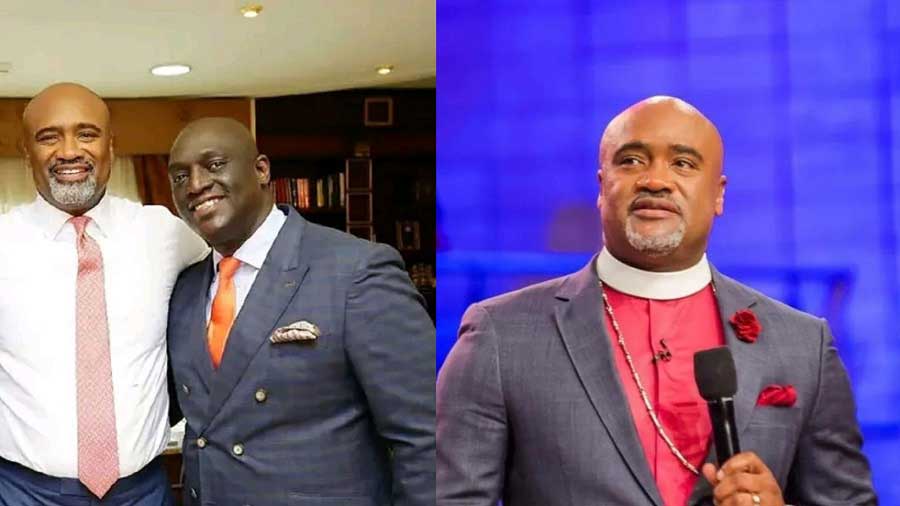 The Senior Pastor of the House on the Rock Churches, Lagos, Pastor Paul Adefarasin, on Saturday, reacted to the demise of one of the foremost gospel artists from his church, Sammie Okposo.

The ‘Welu Welu’ singer passed on Friday morning, as disclosed in a statement by his family members.

Okposo, a music producer and CEO of Zamar Entertainment (a Music Studio), was also a one time music director at the House on the Rock.

He was also a regular appearance and one of the planners at the largest black gospel concert in the world tagged ‘Experience’ – an annual event hosted in Lagos State by his pastor, Adefarasin.

Adefarasin, who shared his thoughts about Okposo, described him as a “a greatly gifted man” that will be missed by the church and Christendom.

He wrote, “Words fail me…

“Sleep on in the Lord till we meet to part no more.

“Your memory is forever blessed; may The Almighty keep all who love you dearly and share in our great loss in the cover of His mighty wings.

“We will miss you on this side. Rest in peace great warrior.

“In memorium of Sammie Okposo.”

Recall that Okposo was dragged on social media when his alleged infidelity became public early this year.

The late singer had via his Instagram account apologized to his wife, after admitting that he cheated on her.

But he eventually restored it, sharing pictures of joyful moments with his wife, Ozioma.

Months after a few posts, he died in circumstance that was still sketchy as of the time of this report.

@@dailyrecordng
Previous Atiku Is An Ingrate, Not Supposed To Run Against Me, Tinubu Tells Jubilant Supporters In Lagos
Next Those doubting Tinubu’s age should meet his late mom for reconfirmation – Gbajabiamila