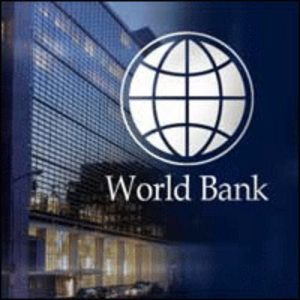 The World Bank Group, Wednesday, raised Nigeria’s growth expectations in 2020 to 2.1 per cent, describing it as an “edge up”, a development that confirms the country’s continued stay in sluggish economic path for another calendar year.

It also warned that the macroeconomic framework is characterised by multiple exchange rates, foreign exchange restrictions, high persistent inflation, and a central bank targeting manifold objectives that are not conducive to confidence.

However, the global economic growth is also forecast to edge up to 2.5 per cent in 2020, as investment and trade gradually recover from last year’s significant weakness, but downward risks persist.

The World Bank’s “January 2020 Global Economic Prospects”, however, noted that growth among advanced economies as a group is anticipated to slip to 1.4 per cent in 2020, in part due to continued softness in manufacturing.

On the other hand, growth in emerging market and developing economies is expected to accelerate this year to 4.1 per cent, though not broad-based, but improved performance of a small group of large economies, some of which are emerging from a period of substantial weakness.

The global institution noted that in Angola, Nigeria, and South Africa- the three largest economies in the region, growth was subdued in 2019, remaining well below historical averages and contracting for a fifth consecutive year on a per capita basis.

Beyond the large economies, growth also deteriorated in several industrial commodity exporters in 2019, as weaker prices and softer demand dampened activity in extractives sectors, such as in the Democratic Republic of Congo, Liberia, and Namibia.

The World Bank Group Vice President for Equitable Growth, Finance and Institutions, Ceyla Pazarbasioglu, said: “With growth in emerging and developing economies likely to remain slow, policymakers should seize the opportunity to undertake structural reforms that boost broad-based growth, which is essential to poverty reduction.

“Steps to improve the business climate, the rule of law, debt management, and productivity can help achieve sustained growth.”

The bank’s Prospects Group Director, Ayhan Kose, added: “Low global interest rates provide only a precarious protection against financial crises. The history of past waves of debt accumulation shows that these waves tend to have unhappy endings.

“In a fragile global environment, policy improvements are critical to minimize the risks associated with the current debt wave.”

Regional growth is expected to pick up to 2.9 per cent in 2020, assuming investor confidence improves in some large economies, energy bottlenecks ease, a pickup in oil production contributes to recovery in oil exporters and robust growth continues among agricultural commodity exporters.

A sharper-than-expected deceleration in major trading partners such as China, the Euro Area, or the United States, would substantially lower export revenues and investment.

A faster-than-expected slowdown in China would cause a sharp fall in commodity prices and, given Sub-Saharan Africa’s heavy reliance on extractive sectors for export and fiscal revenues, weigh heavily on regional activity.

A broad-based rise in government debt has led to sharp increases in interest burdens, crowding out noninterest expenditure and raising concerns about debt sustainability.

Insecurity, conflicts, and insurgencies— particularly in the Sahel—would weigh on economic activity and food security in several economies. Extreme weather events are becoming more frequent as the climate changes, posing a significant downside risk to activity due to the disproportionate role played by agriculture in many economies in the region.

Still, about a third of emerging market and developing economies are projected to decelerate this year due to weaker-than-expected exports and investment.

U.S. growth is forecast to slow to 1.8 per cent this year, reflecting the negative impact of earlier tariff increases and elevated uncertainty. Euro Area growth is projected to slip to a downwardly revised 1 per cent in 2020 amid weak industrial activity.

Downside risks to the global outlook predominate, and their materialization could slow growth substantially. These risks include a re-escalation of trade tensions and trade policy uncertainty, a sharper-than expected downturn in major economies, and financial turmoil in emerging market and developing economies.

Even if the recovery in emerging and developing economy growth takes place as expected, per capita growth would remain well below long-term averages and well below levels necessary to achieve poverty alleviation goals.