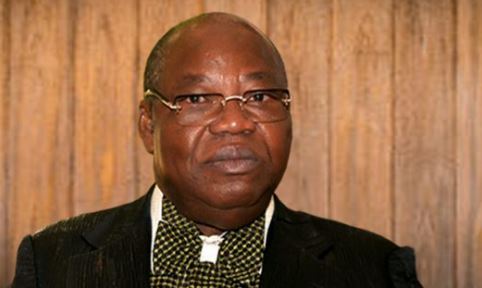 THE Economic and Financial Crimes Commission (EFCC) has asked the High Court of the Federal Capital Territory for a warrant of arrest to enable it extradite a former Minister of Petroleum Resources, Dauzia Loya (Dan) Etete and two others.

The anti-graft agency has preferred charges against the three suspects before the High Court over the $1.09billion Malabu Oil Block (OPL 245) Settlement Agreement.

The EFCC alleged that Rasky Gbinigie, Munamuna Seidougha (at large), Amaran Joseph sometime in 2013, in Abuja “dishonestly used as genuine the forged form CAC 7 and Board Resolution of Malabu Oil and Gas Limited and the letter of resignation of one Mohammed Sani, which they then knew to be forged  documents, to open a bank account No. 2018288005 to receive $401,540,000.00 .

It also said Rasky Gbinigie, Munamuna Seidougha (at large), Amaran Joseph (at large) and Dauzia Loya Etete (at large), sometime in 2013, in Abuja, “dishonestly used as genuine the forged form CAC 7 and Board Resolution of Malabu Oil and Gas Limited and the letter of resignation of one Mohammed Sani, which they then knew to be forged, documents to open a Bank Account No. 3610042472 to receive $400,540,000.00 (Four Hundred Thousand United States Dollars).

According to an ex parte application before the court by EFCC legal team, comprising Bala Sanga, Aliyu Yusuf, Offem Uket, M.S. Abubakar and H.S. Shehu, the suspects have been residing in France.

EFCC also said the suspects were occasionally sighted in different parts of Europe.

The anti-graft agency pleaded with the court to issue a warrant of arrest,  which is a pre-condition for the extradition of the suspects.

The trial judge, Justice A.I. Kutigi of the FCT High Court in Gwagwalada, has not fixed a date for the hearing of the ex parte motion.

An affidavit sworn to by an Investigating Officer, Ibrahim Ahmed said Etete and others are wanted because they are part of the brains behind  Malabu Oil and Gas Limited.

The affidavit reads in part: “That I know as a fact and I verily believe that the investigation of the Malabu Oil and Gas: Limited matter disclosed a prima facie commission of offence by the respondents among others.

“That I know  as a fact which I verily believe that our investigation has revealed the following:

“That the respondents are part of the brains behind  Malabu Oil and Gas Limited.

“That Malabu Oil and Gas Limited are defendants in the current Charge No: CR/151/2020 and facing multiple counts of charges for forgery and use of forged documents.

“That as part of the directing minds of Malabu Oil and Gas Limited, they should stand trial and answer to charges of influencing and aiding the companies to breach extant criminal laws.

“That I was informed by the Prosecuting Counsel, Bala Sanga on the 21st day of January, 2020 that part of the requirements for the arrest and extradition of the respondents from Europe or indeed from any part of the world is the issuance of a warrant of arrest by this Honourable Court. That it will serve the interest of justice to grant this application.

The written address attached to the application gave more legal  insights into why the three suspects should be extradited.

It reads in part: “This is a motion ex parte brought pursuant to sections 3, 35, 36 and 37 of the Administration of Criminal  Justice Act, 2015 (ACJA) seeking for the issuance of a warrant of arrest against the respondents who are mentioned in Charge No: FHC/ABJ/CR/239/19 and indicated therein to be at large. The application is supported by an eight (8) paragraph affidavit, with one exhibit which the applicant relies on.

“The respondents are still at large and intelligence reports at the disposal of the Economic and Financial Crimes Commission indicate that they currently reside in France occasionally in some other countries. The process of bringing the respondents to face before this Honourable Court requires the issuance of a warrant of arrest by this honourable court.

“The applicant respectfully submits that the facts of this case disclose an appropriate situation deserving of the exercise of the honourable court’s power against the respondents as provided under sections 3, 35, 36 and 37 of ACJA. Section 3 of ACJA provides that;

A suspect or a defendant alleged or charged with committing an offence established by an Act of the National Assembly shall be arrested, investigated, inquired into, tried or dealt with according to the provisions of this Act, except otherwise provided in this Act.

“By the provisions of section 3 of ACJA, the respondents can also be arrested (with or without a warrant) where they are even only suspects. However, in the present case, the respondents have featured in a criminal charge before this court supported by a proof of evidence disclosing a prima facie case against them.

“My lord, the combined provisions of sections 2, 3, 35 and 36 of ACJA invests this honourable court with the necessary power to issue a warrant of arrest against the respondents.

“Section 2 of the ACJA makes its provisions applicable to criminal proceedings before this honourable court. Section 35 further provides that ‘‘where under a law, there is power to arrest a suspect without warrant, a warrant for his arrest may be issued.’’

“My lord, it is unambiguous from the above provisions of the statute quoted above that this honourable court can judicially and judiciously exercise its power to issue a warrant of arrest against the respondents who are still at large.

“My lord, it is also pertinent to state that the provisions of section 37 of ACJA have been satisfied herein because this application is brought on oath by virtue of the supporting affidavit deposed by a material witness herein. We respectfully rely on the Court of Appeal decision in Fayose v. State (2010) LEPLR-8657 (CA).

“Finally, my lord, we urge this court, in the interest of justice to grant this application. The respondents have been indicated to be at large and it is only proper that the course of justice is attended to by their being brought to stand trial.

“The applicant respectfully urges this honourable court to grant this application by issuing a warrant of arrest against the respondents.”