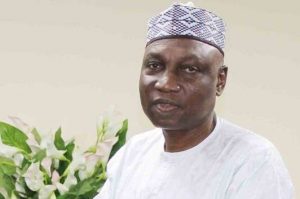 Reports filtering out of the aviation circles indicate that the embattled boss of the Federal Airports Authority of Nigeria, FAAN, is at the centre of another bribery allegation which will shake the industry to its foundation when it blows open.
We gathered that Engr. Saleh Dunoma, who is the managing director/CEO of the parastatal has his eyes set on grabbing the coveted seat as president of the Airports Council International, ACI, African Region, and at all cost. And he is leaving no stone unturned in his bid to achieve this including parting with a staggering sum of money to allegedly bribe the officials of the election which is taking place on October 18, 2016 in Maputo, Mozambique at 7 pm WAT.
Engr. Dunoma who is supposed to vacate his seat as FAAN managing director as he has clocked the mandatory 35 years in service, is alleged to have shelled out hundreds of thousands of dollars to a very top official of the ACI, to campaign for him. He even hosted a dinner in a Chinese restaurant in Abuja to celebrate his 60th birthday to the shock of his friends and aviation workers. Though we cannot quickly confirm, the amount involved is said to be in the region of $200,000. Why he is interested in the ACI African Regional presidency is not immediately clear, but there are insinuations that if he becomes the ACI president, his tenure as FAAN MD will be automatically extended.
An insider in the Ministry of Aviation, Abuja squealed: “He desperately wants to remain relevant knowing that he is supposed to have retired and may be retired soon given his record of service.”
“Kabiru Mohammed and Yakubu Dati are the kitchen cabinet members facilitating and coordinating with the official because Kabiru Mohammed told us the minister of state, Aviation, Hadi Sirika has promised to appoint him as director of Airport Operations and Yakubu Dati as SA Media following the restructuring that booted him out of the agency,” the source concluded.
Saleh Dunoma is not new to controversy; a few weeks back he was alleged to have bribed some operatives of the Economic and Financial Crimes Commission, EFCC, with the sum of N750 million to clear him of a N3 billion fraud, an allegation the EFCC denied. The amount was said to have been found in his bank account.
The Airports Council International (ACI) is the association of the world’s airports. ACI’s prime purpose is to foster cooperation among its member airports and with other partners in world aviation, including governmental, airline and aircraft manufacturing organizations. ACI-Africa region represents the African airport operators’ members of ACI with regional governmental and non-governmental organizations; they are supported by specialized committees and task forces.
ACI Africa Region also interacts with other regional bodies and presents the collective positions of its membership, as established through committees and endorsed by the ACI Africa Regional Board. The positions reflect the common interests of the airport community. ACI World Standing Committees ACI has six standing committees (Economics, Environment, Facilitation & Services, Aviation Security, Safety/Technical, Airports Information Technology) that follow the developments in the aviation industry, elaborate positions of ACI and defend the interests of airports. Regional Committees.
All efforts by our reporter to reach Engr. Dunoma for his side of the story proved futile as his mobile number was not reachable as at press time.
Share