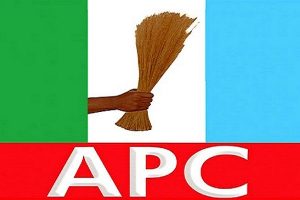 The Anambra State chapter of the All Progressives Congress (APC) has criticised Governor Willie Obiano for placing campaign for his successor above the security meeting by the five governors of the Southeast states in Enugu.

The party said the governor’s absence at the meeting suggested a “fresh idea about what the other sources of the violence we are shamefully seeing in Anambra State could be”.

In a statement by its Publicity Secretary, Okelo Madukaife, APC reminded Obiano that he is the father of the state while he presides over the affairs of the state.

The statement reads: “Yesterday (Tuesday), Governor Willie Obiano led the campaign trail of his party to Anambra East and Anambra West local government areas, as reported. He also held a meeting of ward chairmen of his party.

“The focus here is not what he would have told two local governments, including his own …while refusing to conduct local government elections to make them accountable to themselves. It is also not to ask what he will tell a shadow of ward structures in a party he has raped through autocracy.

“The focus here is that the governor and his party can campaign when the other 17 political parties in the state cannot and his conscience allowed him, on a day Southeast governors were meeting to address the security situation in the geopolitical zone.

“Do Governor Obiano, his Agulerised cabinet and his party realise what it means to be the father of a state and what it does not? It is beginning to give fresh ideas about what the other sources of the violence we are shamefully seeing in Anambra State could be.

“Obiano has refused a unilateral solution of the superlative security snarl in his state, while also rejecting a multilateral solution provided by the aegis of Southeast Governors’ Forum in which meeting yesterday Anambra State was not represented.

“Even if Obiano chooses to pick quarrels with his deputy for religious reasons, he ought to have sent someone he is not quarreling with or made an attempt to attend himself.

“To reject both and be the governor of All Progressives Grand Alliance (APGA) alone is a fundamental error of judgment which a future APC state government will not fall for.

“We urge Governor Obiano to manage to get over the weight the office of the governor has placed on his troubled shoulders as six months ahead is not six years.”

@@dailyrecordng
Previous Speaker, others back training institute bill
Next How I persuaded my Evangelist Mum about participating in BBNaija — Cross