APGA’ll Win All Legislative Seats In Anambra Under Soludo, Obigwe 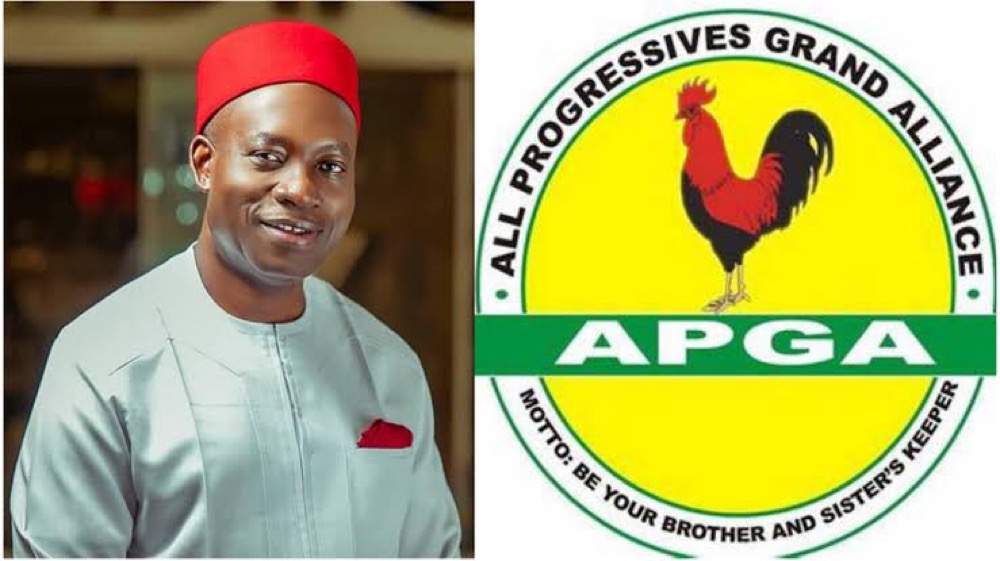 The All Progressives Grand Alliance (APGA), under the governorship of Prof Chukwuma Soludo, will win all legislative seats in the state come 2023 general elections.

This was contained in a release by APGA’s Media Warriors’ national coordinator, Chinedu Obigwe, which was made available to THE WHISTLER in Awka on Monday.

The legislative seats of the state are three senate seats, eleven House of Representatives seats, and thirty House of Assembly seats, according to Obigwe.

Obigwe said what Nigeria requires to outwit its current political challenges are leaders with good conscience, adding that outgoing Governor Willie Obiano and the incoming, Soludo, are examplars of such.

According to him, “[Soludo] will not joke with the 2023 general election because it is important for APGA to use the election to send a signal to Nigerians.

“Soludo will work with other APGA leaders to turn the party to a beautiful bride in Southeast and Nigeria at large.

“Especially in Anambra, he will ensure anybody that wants to win elections in the state must be a loyal party member that is committed to the growth of APGA.

“I advocate the emergence of those that have human conscience as APGA candidates, and will expose evil-minded fellows without conscience because they are not worthy of being entrusted with people’s mandate.

“The 2023 general election is an opportunity for the electorate to choose the right leaders, and I’m confident Ndi Anambra will do that.”