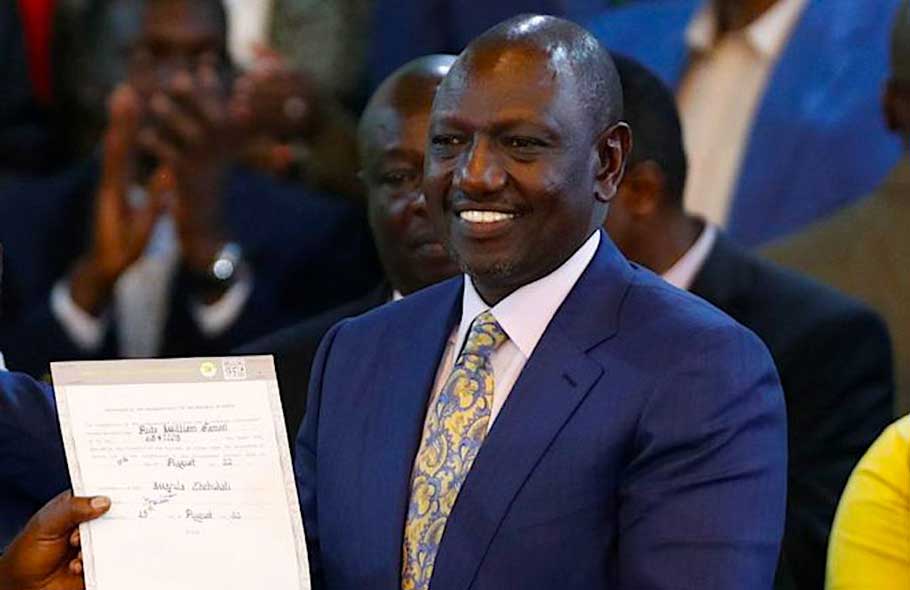 The Supreme Court of Kenya has affirmed the presidential victory of William Ruto.

The Deputy president of Kenya, William Ruto, was on August 15 declared the country’s President-elect after winning the presidential election on August 15 with 50.4% of the votes cast.

The victory of Ruto was however rejected by his main opponent, Raila Odinga.

Odinga, alongside five petitioners had filed a suit at the Supreme Court seeking the quashing of the entire process for alleged irregularity.

He alleged that only Mr Chebukati had access to the tally of the presidential votes while denying all the commissioners access.

Passing judgement on Monday, a seven-man panel of the apex court led by Chief Justice Martha Koome held that they are not persuaded by the allegations that the technology deployed by Independent Electoral and Boundaries Commission failed to pass the transparency test.

The panel also added that scrutiny report on the ballots by the registrar of the apex court did not reveal any security breach as alleged by the petitioners.

However, the court disagreed with the IBEC Chairman, Wafula Chebukati, that Kenya constitution vests on him the powers to declare results.

The apex court said in a live ruling that such powers rests on the commission itself not on the chairman.

“We find that the chairperson cannot arrogate to himself the power to solely tally result,” Koome said.

That said, the judge ruled however, that the panel found that the four commissioners who disputed the final announcement, participated in tallying the results but disgreed at the last moment.

“Nothwithstanding the disagreement between the commissioners, IBEC carried out the verification of the result in line with the constitution,” she ruled.

She said the court cannot nullify an election because of disagreement between electoral commissioners when claims and counter claims by the commissioner are still sketchy.

“People’s will superior to IBEC quorum row,” she said.

Subsequently the court, in a unanimous decision said the petitions against Ruto is dismissed, and declared his election “valid”.

@@dailyrecordng
Previous Many Crisis That May Sink GTBank
Next Suspects stab 10 death, injure 15 in Canada