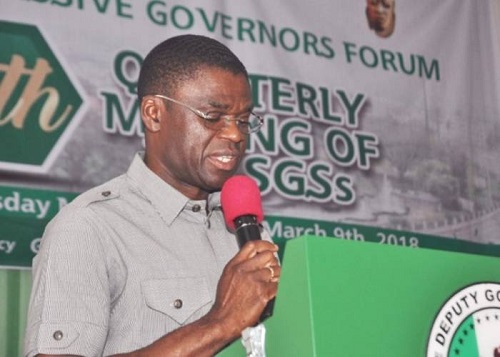 THE Chairman of the Local Organising Committee (LOC) of Edo 2020 National Sports Festival (NSF), Philip Shaibu, has stated that there is no need to panic over coronavirus, while assuring that the festival will be successful.

Shaibu, who is also the Deputy Governor of Edo state, stated this yesterday at the secretariat of NSF at Government House Benin, while addressing a world news conference to show the level of preparedness for the sports festival slated for between March 22 and April 1 this year.

The LOC chairman was accompanied by the Chief Medical Director (CMD) of the University of Benin Teaching  Hospital (UBTH), Prof. Darlington Obaseki, who doubles as Chairman of the sub-committee on medicals; Edo Health Commissioner, Dr. Osazuwa Okundia; and Nigerian former sprinter, Mary Onyali-Omagbemi; among other eminent personalities.