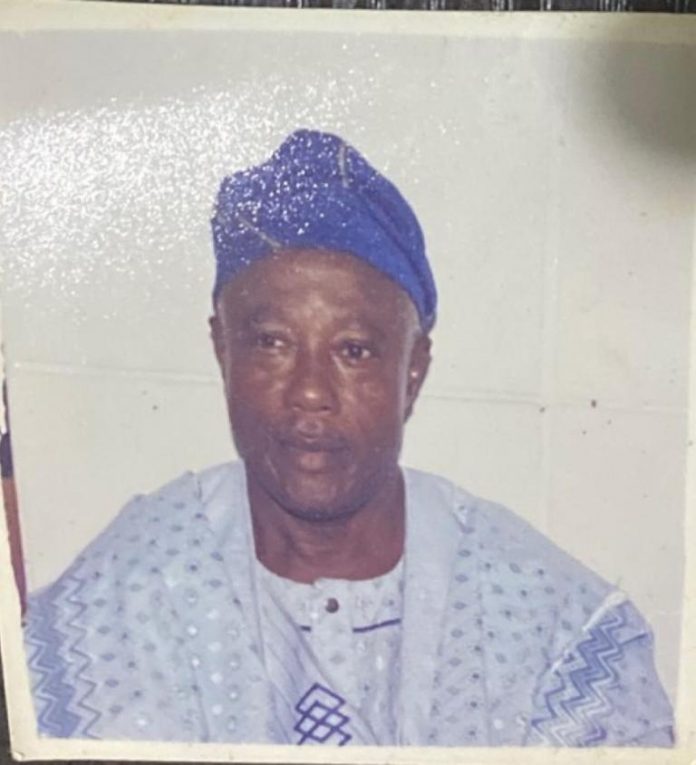 The Court of Appeal of Nigeria in the Lagos Judicial Division on Friday, 24th day of September, 2021 dismissed the appeal filed against the judgment of Lagos High Court in suit No LD/52/19/1995, delivered on 1st of March, 2006 by Hon. Justice K. O. Alogba (CJ) on the Aromire Chieftaincy Stool.

The Lower Court had in its judgment held and declared that: “the recommendation of the Oba- In – Council that it was the turn of Osere-Odokun/Asani Ewumi Ruling House to present a candidate for the vacant stool of Chief Aromire of Lagos” was valid.

The Court of Appeal upheld the submission by the Counsel to the 1st, 5th – 8th Defendants, Olusegun Fabunmi, SAN, that Osere Odokun is the 4th Child of Oshoboja, which automatically and legally entitled Mr Ibrahim Taiwo Ajomagberin to aspire to become the Chief Aromire of Lagos.

The Court of Appeal also agreed with Olusegun Fabunmi, SAN’s submission in the High Court:

That Ibrahim Taiwo Ajomagberin and his family are full blooded members of Aromire Chieftaincy Family and not Alabagbes (tenants) as contended by the Appellants.

That the 1st Claimant, Mr Akintunde Aromire came from Osere -Odokun Ruling House not Adesina Ruling House.
The aggrieved Appellants led by Mr Akintunde Aromire for the Adesina, Oluya, and Meku Ruling Houses of Aromire Chieftaincy Family had in a writ of summons dated and filed on the 22nd of December, 1995, at the Registry of the High Court of Lagos State, Ikeja Division sought the following relief.

The Akintunde Aromire led Adesina, Oluya and Meku Ruling House urged the High Court to issue a perpetual injunction restraining the defendants whether by themselves, their servants/ agents, or otherwise from installing, appointing or taking any step towards installing or appointing the first Defendant, Mr Ibrahim Taiwo Ajomagberin as Chief Aromire of Lagos.

The Defendants led by Mr Ibrahim Ajomagberin on the 29th of May, 1996 through their Counsel, Olusegun Fabunmi SAN counter claimed:

i. That there are only two Ruling Houses in Aromire Chieftaincy Family of Lagos namely Erinwa and Osere -Odokun/ Asani Ewumi Rulings Houses and that Oluya, Meku and Adesina are branches of the Erinwa Ruling House and not a Ruling House by themselves supported by the decision of Oba-in Council in 1952 and 1995.

ii. That the recommendation of the Oba-In- Council that it is the turn of Osere -Odokun/ Asani Ewumi Ruling House to present a candidate for the vacant stool of Aromire Chieftaincy Family of Lagos is proper and valid.

ii. That the 1st Defendant, Ibrahim Taiwo Ajomagberin is the Aromire Elect of Lagos.

iii. Perpetual injunction directing the 2nd, 3rd and 4th Defendants to put into effect machinery to approve the nomination of the Chief Taiwo Ajomagberin as the Chief Aromire of Lagos and to install him as such,

The Lower Court gave judgment in favour of the counter claims of the 1st, 5th – 8th Defendants and Chief Ibrahim Taiwo Ajomagberin’s nomination as the Chief Aromire of Lagos.

The Justices of the Court of Appeal upheld the decisions of Hon. Justice K. O. Alogba and the submissions of the Respondents’ Counsel, Olusegun Fabunmi, SAN.

The Court of Appeal declared the Appeal by the Appellants as unmeritorious and upheld the judgement of the lower Court delivered on 1st of March, 2006.

The victorious Counsels were led by Olusegun Fabunmi, SAN with Mrs. O. Sarumi-Akande and O. Okuwobi.