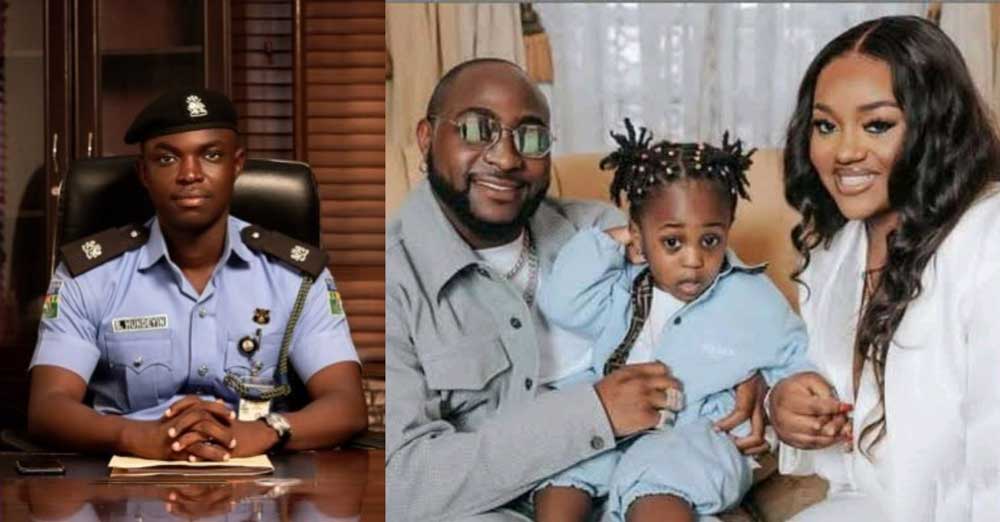 The Lagos State Police Command has confirmed the arrest of eight domestic workers in the residence of popular music star, Davido, in connection with the death of his son.

Benjamin Hundeyin, the police public relation officer of the command, confirmed this on Tuesday morning after Ifeanyi was reportedly drowned in a swimming pool.

Hundeyin while confirming the arrest to our correspondent noted that investigations are still ongoing.

He said, “The eight domestic workers were arrested this morning. Investigations are ongoing I don’t have any update yet.”

Ifeanyi Adeleke, 3, drowned in a swimming pool at his father’s house in Banana Island on Monday night and was rushed to the hospital.

It was reported that Davido was traveling to the U.S when the incident happened while Chioma was said to have traveled to Ibadan and left the child with a female domestic staff.

Following the development, Nigerian celebrities have taken to social media to condole with the couple over their son’s death.

A close friend of the singer, Eniola Badmus, in a now-deleted post on Instagram, shared an emoji with a worrisome caption ”But Why”.

Popular comedian, Ayo Makun, who didn’t make direct reference to the incident, wrote in an Instagram post late Monday: “The death of a child is unnatural, unfair, and tragic. This hits me so bad”

Actor, Williams Uchemba said, “Please say a prayer for David, Chioma, and the entire family. Nobody deserves this kind of pain. Rest up little one.”

Also, Muyiwa Ademola via his Instagram page said, “It is one of the saddest things when kids are being buried by parents. We wish it never happened! May The Almighty give the parents and the entire Adeleke family the strength to bear this loss. Rest In Peace Champ.”

Actress Iyabo Ojo wrote, “I don’t even know how to react to this rude shock. I was hoping it wasn’t true. My God!!! This is so shocking, sad, devastating & extremely painful Olorun!!! Ikun le abiamo.”

The report is reminiscent of how Nigerian singer, D’banj, lost his 13-months-old son in a drowning incident in June 2018.