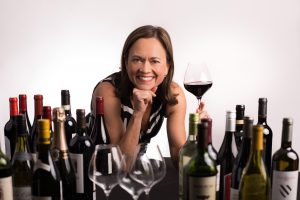 Seasonally-rotating selection will be offered in Delta One across Europe, Middle East and Africa

The vintages will appear on a rotating seasonal basis, with two different reds and whites available every three months. During the summer (June-August), one white will be substituted for a refreshing French rose on Delta’s flights to Lagos served from Hartsfield-Jackson Atlanta International Airport, USA.

The first corks being popped today include Portugal’s Terra de Touros Vinho, Regional Tejo and Esprit de Pavie Bordeaux. Throughout the year, business class customers will also be offered champagne as well as dessert wine or port following the main meal service. So well regarded are Delta’s wines that the previous port, Calem 10 Year Old Tawny, was recently awarded a silver medal at the annual U.K. Cellars in the Sky awards.

“I always look forward to hand-selecting the Delta One wine line up, and this year was no exception,” said Robinson. “Delta’s unique wine programme provides an opportunity to offer a variety of regionally-sourced wines, including small, emerging and family-owned wineries, onboard to its customers. Each menu includes a rich diversity of regional origin, with wines that pair well with the flavours and cooking styles of the season.”

Each wine has been chosen to pair with Delta’s seasonally rotating food menus. For Spring, the airline is offering dishes including fillet of beef with brandy peppercorn sauce, potato and celery root gratin and roasted shallots. In addition to Portugal and France, throughout the next 12 months, the wines served have also been sourced from Italy, Spain, Argentina and the United States.

Every year, Andrea samples 1,600 different wines from around the world to curate her Delta selections. In addition to the Premium Programme, she also curates an Essential Delta One menu, one for South America and a fourth for U.S. transcontinental routes. Customers in the premium cabins consume more than 2.5 million bottles of wine, champagne and port each year.

Delta Air Lines serves nearly 180 million customers each year. In 2016, Delta was named to Fortune’s top 50 Most Admired Companies in addition to being named the most admired airline for the fifth time in six years. Additionally, Delta has ranked No.1 in the Business Travel News Annual Airline survey for an unprecedented six consecutive years. With an industry-leading global network, Delta and the Delta Connection carriers offer service to 323 destinations in 57 countries on six continents. Headquartered in Atlanta, Delta employs more than 80,000 employees worldwide and operates a mainline fleet of more than 800 aircraft. The airline is a founding member of the SkyTeam global alliance and participates in the industry’s leading transatlantic joint venture with Air France-KLM and Alitalia as well as a joint venture with Virgin Atlantic. Including its worldwide alliance partners, Delta offers customers more than 15,000 daily flights, with key hubs and markets including Amsterdam, Atlanta, Boston, Detroit, Los Angeles, Minneapolis/St. Paul, New York-JFK and LaGuardia, London-Heathrow, Paris-Charles de Gaulle, Salt Lake City, Seattle and Tokyo-Narita. Delta has invested billions of dollars in airport facilities, global products and services, and technology to enhance the customer experience in the air and on the ground. Additional information is available on the Delta News Hub, as well as delta.com, Twitter @DeltaNewsHub, Google.com/+Delta, and Facebook.com/delta.