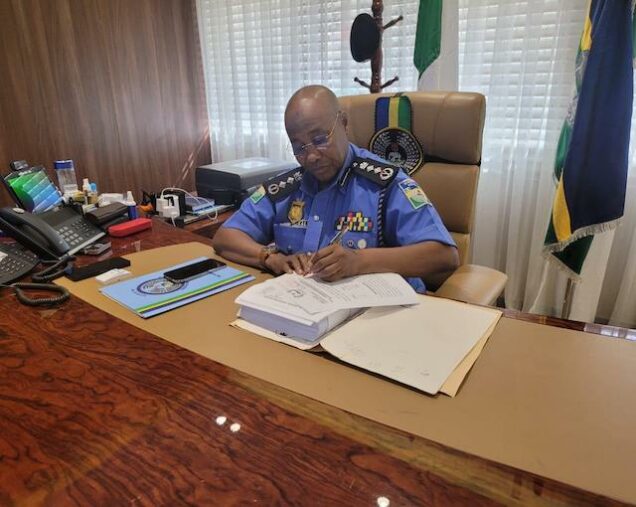 Mr. Dandaura Mustapha, the Deputy Inspector-General of Police (DIG) Operations, said this at the 2022 political parties summit in Abuja.

Mustapha, who represented the Inspector-General of Police, Mr. Usman Alkali-Baba, said that state commissioners of police had been directed to ensure that all political parties were given free space to campaign in states.

He said that the police had received several complaints about attacks on political parties in states during campaigns.

Mustapha said, however, that some governors deserved commendations for demonstrating political tolerance, while others deserved condemnation for their attitudes.

“Unfortunately, some of the governors are not helping matters. They have not laid the foundation to give other political parties access to their campaign avenues.

“Some try to manipulate the campaigns. Some even sponsor thugs to pursue the opposition, remove their billboards, remove their posters and destroy their offices. We are aware and we have full reports.

“Based on this, the I-G has categorically directed all commissioners of police that on no account should any serving or sitting governor stop other political parties from conducting their campaigns in the nooks and crannies of their states.

“This instruction was very clear both in writing and verbally, ” he said.

Mustapha added: “The Commissioners of Police have been directed to arrest all the hoodlums no matter where they belong to, whoever is sponsoring them, we will arrest them, charge them to court, that is a clear instruction.”

He advised political parties to go about their campaigns freely while assuring them of adequate security.

He said that the police would not hesitate to transfer any commissioner of police to another state, once he was found wanting in that regard.

Mustapha said that the police were well prepared for the election and were working with all security agencies for adequate security for a credible and peaceful election.

The Chairman of the Economic and Financial Crimes Commission (EFCC), Mr. Abdulrasheed Bawa, said that the commission was working with INEC and other security agencies to curb vote-buying and ensure that political parties comply with campaign spending limits as set by the Electoral Act.

Bawa, represented by EFCC Chief Superintendent Adukwu Michael, urged all political actors and stakeholders to join the commission in addressing the menace.

“No matter the robustness of the EFCC strategy to check the inducement of voters, its effectiveness depends entirely on the preparedness of members of the political class to play by the rule.

“Our commitment to free fair elections should not be seasonal when we lose elections, rather, it should be an article of faith, standard behavior by all political actors.

“We should not be only signing a call for peaceful elections. We should collectively voice our resentment to the financial inducements of any kind in our electronic process,” he said.

Sani said that the aim of the summit was to provide an avenue for political parties and all stakeholders to commit themselves to a free, fair, and credible election in 2023.

“In the said vein, the summit will afford all stakeholders the opportunity to access election and democracy in Nigeria since 1999, examine the roles and challenges of critical stakeholders, such as political parties, INEC, and security agencies,” he said.