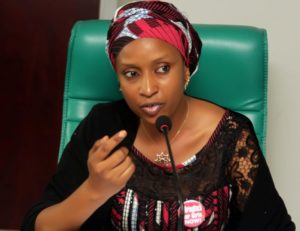 The concession of the port is also expected to engender reduction in the cost of shipping and clearing of cargo in line with the Federal Government’s ease of business agenda.

The Bureau of Public Procurement (BPE) in conjunction with the Nigerian Ports Authority (NPA), signed the agreement with Ocean & Cargo, haven been considered the preferred bidder with $100.7 million (about N36.4 billion).

Speaking at the signing ceremony in Abuja, Director-General, BPE, Alex Okoh, said: “Government expects nothing less than strict adherence to the terms of the concession agreement from the concessionaire.”

He reminded Ocean & Cargo that the pursuit of its business objectives must be tailored in a way that would assist in the realisation of the objectives of the Government’s ports concession programme.

The ports concession programme under the management of the BPE commenced in 2005, and culminated into the concession of over 23 terminals to private operators.

The operators assumed ownership of the ports in 2006, and have made significant investments estimated at about N200 billion within a period of 10 years.

The operators are still expected to make additional investments over the remaining years of the concession agreement.

Although, the concession agreement has been assessed to have some shortcomings, the NPA, is currently working to review the agreements and perfect those identified areas.

Okoh said the ports concession represents one of the success stories of the privatisation and commercialisation programme in Nigeria, and a credible testimony of the viability of the Private Public Partnership (PPP) model in the development and delivery of critical public infrastructure in Nigeria.

He recalled that the Federal Government upgraded the facilities at Terminal B Warri Old Port, which included the construction of a new quay wall and apron equipped with requisite facilities for berthing vessels, making it one of the most modern port terminals in the country at the time.

“Upon completion of the rehabilitation and reconstruction works, there was a need to concession the terminal to a private operator, who would be responsible for the operation of the terminal and carrying out further development of its facilities in line with the ports concession programme,” he stated.

Having gone through due process, Okoh said the NCP at its meeting on June 12, 2018, approved the technical and financial bids of $100.7 million submitted by Ocean and Cargo, which emerged the preferred bidder for the port terminal.

He thanked the Managing Director, NPA, Ms. Hadiza Bala Usman, for her cooperation throughout the process of the transaction without which it would not have been possible.

While pledging support to Ocean and Cargo, she commended the teams from BPE and NPA for working assiduously for the completion of the project.

Also speaking, the Managing Director of Ocean and Cargo Terminal, Adekunle-Abdulrasak Oyinloye, thanked staff of BPE and NPA for their transparency and diligence in executing the project, and promised to work for the success of the port