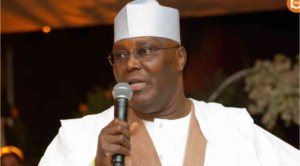 The Kano State Governor, Abdullahi Ganduje, has ordered the closure of the Sani Abacha Stadium in Kofar Mata for two weeks, The Nation is reporting.
The closure of the stadium was ordered five days to the scheduled campaign of the presidential candidate of the Peoples Democratic Party, Atiku Abubakar by the All Progressives Congress-led State Government.
The Nation said the State Government ordered the closure to pave way for what it termed general renovation works.
According to the directives said to have been issued by Ganduje’s office, the proposed general renovation works would last for two weeks.
This will include the installation of a new scoreboard, tartan track and provision of sources for steady water supply to all parts of the stadium.