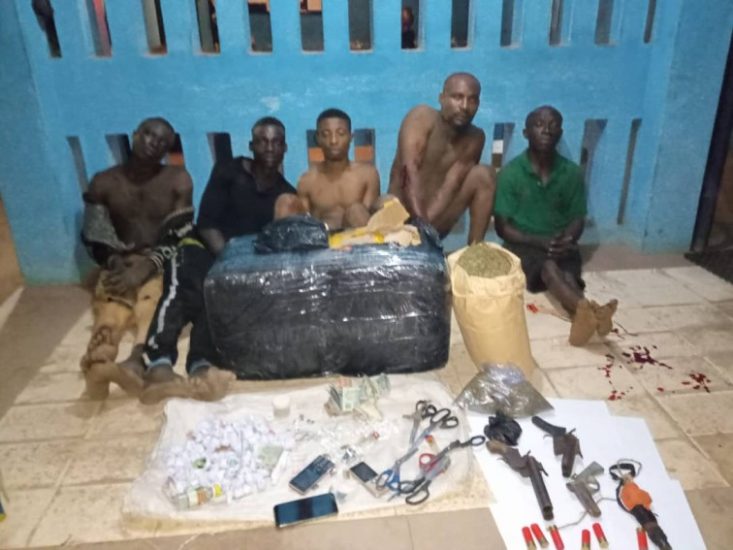 The police in Imo State have arrested five suspected members of the Indigenous People Of Biafra (IPOB) accused of murdering Sergeant Joseph Nwaka of the command’s operations department.

The command announced the suspects’ arrest in a statement made available to our correspondent on Saturday.

The arrest of one Onyekachi Mmadufor, a native of Umuduruekwe in Isu Local Government Area, on May 13, was said to have led to investigation and subsequent arrest of the other suspects.

Mmadufor was said to have confessed to being a member of IPOB, a proscribed separatist group, and it’s armed group, Eastern Security Network (ESN).

The group has been linked to recent attacks on police stations and officers in the southeastern states of the country.

According to the Imo State Police Command, the state’s Commissioner of Police, Abutu Yaro, had deployed the command’s tactical unit to Isu LGA following investigation of the suspects.

The statement said the command arrested about 5 members of the group after an intense gun duel, adding that some locally made guns, live ammunition and substance suspected to be Indian hemp were recovered from the suspects.

“The arrest of one ONYEKACHI MMADUFOR, a native of UMUDURUEKWE ISU LGA of Imo state on 13th May, 2021 by DPO ISU, where an AK 47 Rifle with breech no 56-258115 with 15 Rounds of live ammunition was recovered. On interrogation, the suspect confessed to be a member of IPOB /ESN who conspired with other members of their syndicate to carry out attacks and killings of police personnel and other security operatives. The recent atrocity was the murder of one Sgt Joseph Nwaka attached to Department of Operations of the command where his AK 47 RIFLE was collected.

“As a follow-up, On 14th May, 2021, the Commissioner of Police deployed Anti – Kidnapping unit and other Tactical teams of the command to Amanato Isu LGA for the arrest of other gang members but were heavily engaged to a gun duel by the hoodlums (IPOB /ESN). The operatives successfully repelled and dislodged them. As a result of the encounter, Five (5) suspects were arrested at the scene, while others escaped with a possible gun shot wounds.

“In the course of mopping up the scene, Four (4) locally fabricated weapons, Six (6) Live Cartridges and large Quantity of weeds suspected to be Indian hemp were recovered,” it said.

The command said further investigations were ongoing to arrest other suspects and charge them to court for prosecution.

“A discreet investigation is in progress with a view to effecting further arrest after which they will be charged to court for prosecution,” said the Imo police command.