INEC: Funding Gap Will Not Derail Preparations for 2019 Elections 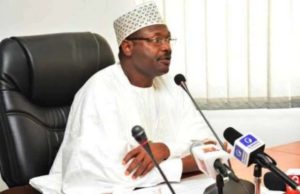 With just 81 days to the 2019 elections, the Independent National Electoral Commission (INEC) has said it is working and consulting with relevant government agencies to make sure that funds do not hamper its preparations for the 2019 general election.

The commission has also promised that all procurement processes would be completed before next year general election.

INEC National Commissioner and Chairman of Information and Voter Education Committee, Mr. Festus Okoye, while responding to enquiry through an e-mail, insisted that the electoral body is focused on delivering credible elections in 2019.

The electoral body said some of the processes and procedure had been rolled out for the 2019 elections, while others are still being piloted preparatory to the signing of the amendment to the Act.
He said: “On the issue of funding, INEC is proceeding with preparations for the conduct of the 2019 elections.

“The commission is working and consulting with relevant government agencies to make sure that funds do not hamper its preparations for the 2019 general election.

“The commission is determined to conduct good elections and will not allow funding gaps to derail its preparations.

“The commission assured the Nigerian people that all its processes are being deployed to ensure that all procurements are completed on time for the 2019 general elections.”

The National Commissioner said INEC has introduced far-reaching and creative innovations that would raise the bar of elections in Nigeria.

On whether the commission would ensure the deployment of Smart Card Reader in the 2019 elections across the country, Okoye noted that the commission introduced the smart card reader as a quality control mechanism to strengthen the authentication and verification of the Permanent Voters Cards and eliminate “ghost” voters and multiple voting.

He noted that smart card reader is being enhanced to increase its performance and minimise as much as possible glitches that occurred in few places in previous elections.

Okoye stressed that since the 2015 general election, INEC has conducted several stand-alone governorship elections in Edo, Ekiti and Osun States using the smart card readers, adding that in these elections, INEC has addressed some of the glitches observed during previous elections.

The commission however urged the media to partner the commission to improve the regime of elections rather than raising divisive and mundane issues that de-market the electoral process.

@@dailyrecordng
Previous Forget 2019, you can’t rule Nigeria by proxy :Oshiomhole to Obasanjo
Next Alex Otti still Focused on His Mission to Destroy Dozie and Diamond Bank