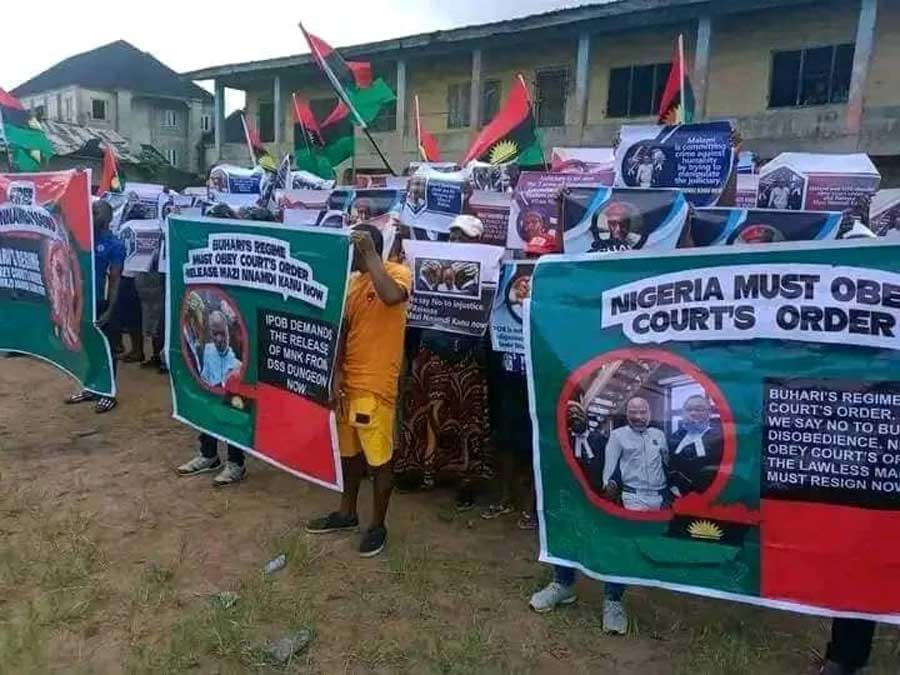 Members of the Indigenous People of Biafra (IPOB) on Friday protested against the continuous detention of their leader Mazi Nnamdi Kanu in Aba, Abia State by Federal Government after an Appeal court in Abuja acquitted him of all charges.

The Court of Appeal had on October 13 ordered the IPOB leader’s release, having dismissed the remaining six-count charges levelled against him by the federal government.

The federal government had asked the Court of Appeal to stay the execution of the judgment discharging Kanu, pending the resolution of an appeal it filed at the Supreme Court.

The protesters demanded the immediate release of Kanu, describing his arrest and detention as unacceptable.

The protesters carried banners with the image of their leader printed on it, and demanded his immediate and unconditional release.

They chanted songs of grievances and displayed placards that bore various inscriptions such as “Freedom for Biafra, free Nnamdi Kanu”, “We are not terrorists, we are freedom fighters”, “We are tired of intimidation and harassment by the APC Nigerian Government”, and “Biafra on the move” among others.