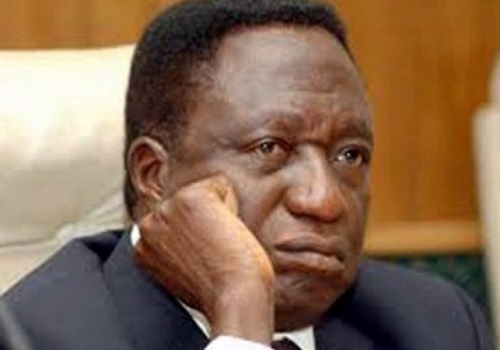 The plea bargain talks between former Registrar of the Joint Admission and Matriculation Board (JAMB) Professor Adedibu Ojerinde and the Independent Corrupt Practice and other related offences Commission (ICPC) failed on Tuesday.

Ojerinde was arraigned on July 6 on an 18-count charge marked: FHC/ABJ/CR/97/2021, in which he was accused among others, of complicity in the diversion of public funds estimated at over N5.2billion.

The prosecuting agency – Independent Corrupt Practices & other related offences Commission (ICPC) – claimed Ojerinde committed the alleged offences contained in the charge from when he served as the Registrar of the National Examination Council (NECO) to his days in JAMB and up till 2021 after he left office.

On Tuesday, both the prosecution and defence lawyers prayed the court to allow parties one more day to work out a possible plea bargain arrangement.

But, at the mention of the case on Wednesday, lead prosecuting lawyer, Ebenezer Shogunle told the court that plea bargain talks failed

“My lord, I regret to inform the court that there has been no plea bargain agreement in this matter.

“We have therefore resolved to proceed with the hearing. We have witnesses in court and ready to proceed,” Shogunle said.

Lead defence lawyer, Ibrahim Ishaku (SAN) confirmed the development and said: “That is the position, my lord, and we are ready for trial.”

The trail is ongoing with the prosecution calling its first witness, Peter Iyiola Oyewole, who said he acted as Ojerinde’s personal lawyer at a point, during which he aided him to incorporate companies and purchase properties.