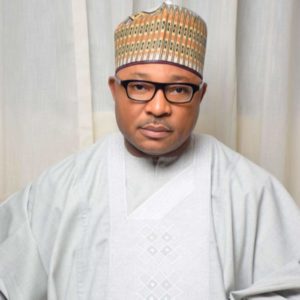 Online and offline, discussions on the forthcoming Senatorial contest in Kogi East have revolved around two economists and former bankers both with intimidating credentials, enthralling pedigrees but varying capacities to represent their people and deliver on campaign promises. While Dr. Victor Alewo Adoji is running on the platform of African Democratic Congress (ADC), Alhaji (Dr.) Jibrin Isah is running on the platform of the All Peoples Congress (APC).

Earlier Senatorial contests, especially the last two have happened with little or no fuse about the candidates. It was majorly about the Party platform and it the quality or capacity of the candidate. Clearly, the allure form party supremacy had foisted minions and non-performers on the constituency and the constituents who are ultimately the net-losers.

With increasing political awareness, great access to information via various social media channels, escalating impoverishment and shrinking population of politically apathetic, political Parties realized they needed more than just the platform to win elections.  It was for this reason that the APC leadership in the State and Kogi East in particular co-opted and worked tirelessly to ensure that Jibrin Isah emerged as its Kogi East Senatorial candidate. It was not that rosy for Victor Adoji as his former Party, the PDP, chose to offer its ticket to the seating Senator, Attai Aidoko, without holding a primary election either in defiance or as an act of impunity. The thinking is that considering the dismal performance of the APC in the State, anyone who gets the ticket of the main opposition Party in the State could be said to have won the Senatorial election. That has turned out to be a huge miscalculation considering the hundreds on PDP members who dumped the Party not necessarily to join the APC but in support of Jibrin Isah.

However, Victor Adoji’s emergence on the ADC platform re-channeled the hemorrhage of PDP members in favour of the ADC and some APC members. Those who have not openly moved have only stayed back to achieve two things one of which is to be beneficiaries of the largesse that has been touted by the divisional party chairman and promised by the PDP candidate, Senator Attai Aidoko.

Evidently, two variables (personality and party platform) would play significantly in how the electorates would make their choices in the forthcoming elections especially the Kogi East senatorial election. But, more than any other factor under consideration, the personality of the individuals would play a bigger role.

In the coming days, weeks and months, the involvement of the Igala elite class, various interest/pressure groups, affiliations and accessibility will do a lot to either shift or tilt the balance in favour or against any of the two leading candidates. Issues like the quality of their manifestoes, their performances during the various debates that would be organized as well as the pedigree of influencers they deploy would count a lot in endearing them to the electorates.

There is also the waning influence of major stakeholders across the two leading Parties in the Eastern flank of the State. Findings from the survey also revealed that, most of the youthful members of the parties see their elders as working only for themselves and their pockets and are not ready to take any orders from those they say have compromised hiding behind the doctrine of “Party id supreme” or in expectation of political appointment of contract.

While we could not get access to the membership registers of the two leading Parties to know the total members of both parties in Kogi East, we are told that the total number of Party members in both parties cannot be up to a hundred thousand. That is less than fifteen percent of the voting in Kogi East. Impliedly, most of those who decide the outcome of elections are not Party members but non-partisan voters. It follows therefore that the forthcoming election is going to be form, size and shape more about the personality and less about the Party platform.

In the final analysis, the Kogi East Senatorial election is a two-horse race between Dr. Victor Alewo Adoji of the ADC and Dr. Jibrin Isah of the APC and in the end, it comes down to the very little things beyond the scope of money, thuggery, window-dressing and godfatherism.