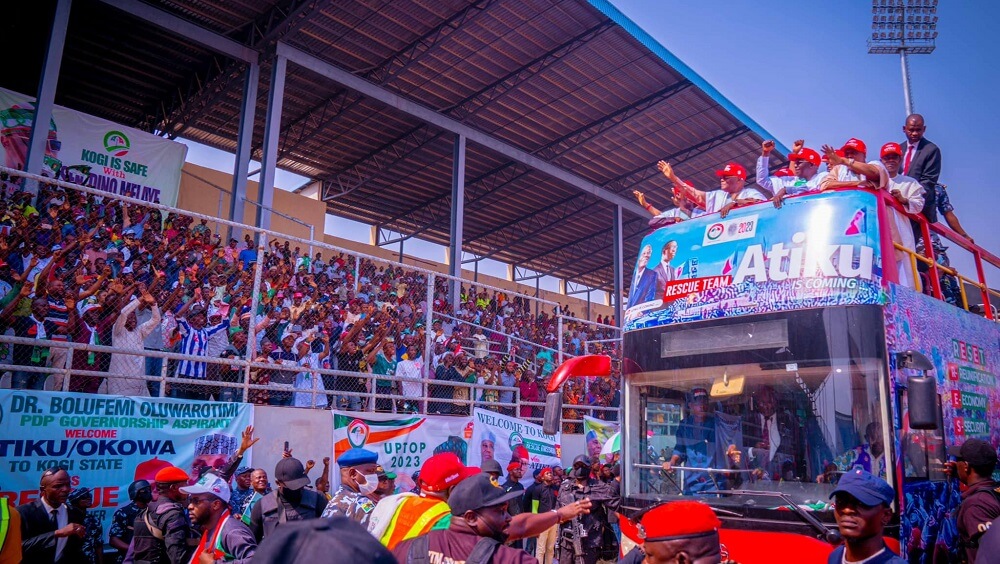 The All Progressives Congress, APC, has been left scratching its head as top members of the ruling party on Saturday defected to the Peoples Democratic Party, PDP, during the opposition party’s presidential campaign rally in Lokoja, Kogi State.
This was as the PDP candidate, Atiku Abubakar, promised to revamp the ailing Ajaokuta Steel company if voted into power.

The PDP announced during the rally that it received about 148,000 who left the APC and other parties.

Speaking during the rally, Atiku who had just returned from a controversial trip overseas during which a former media aide of his, Michael Achimugu, accused him of corruption, promised to harness the natural resources of the state.

“If elected, I will support the States to pay salaries,” he said in apparent mockery of the state governor, Yahaya Bello, who has been accused of owing over two years of salaries.

He promised to “set aside 10 billion dollars for job creation, and tackle incessant strikes in the nation’s Universities.”

While appreciating what he called the massive turnout, Atiku pointed out that, “This mammoth crowd is an indication of a people yearning for change – a positive change that will improve their quality and standard of living.”

He promised to, “harness the natural resources in the State for the benefits of the people. I will revamp the agriculture and tourism potentials that abound in the State.”