Lagosians to start obtaining licence to drill borehole from 2020 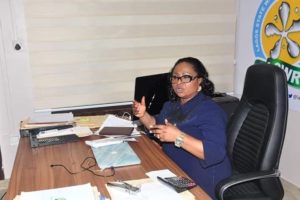 Lagos State Government has it would begin to issue licences and permits before any borehole is drilled for water in any part of the state starting from first quarter of 2020.

Executive Secretary of the Lagos State Water Regulatory Commission, Mrs Funke Femi Adepoju, while addressing stakeholders at a meeting, explained that this move was to safeguard residents of the metropolis.

According to her, the exercise, which is to be launched by Governor Babajide Sanwo-Olu, is to regulate the process of water abstraction in the state.

Mrs Adepoju affirmed that licensing was a significant process in the regulation of any industry as the commission was determined to ensure its availability and sustainability to prevent the effect on unregulated water abstraction.

“What is paramount to government is how abstraction affects us as a people not just today but the future with emphases on pollution, contamination of water bodies, saline filtration into the system, over-abstraction and unregulated abstraction,” she stated.

While assuring that only registered companies captured in data will be issued a 2-year renewable license with unique and personalized number, the Executive Secretary explained that the commission was not established for a punitive purpose, but rather to establish standard in the water extraction industry in order to ensure that the health and safety of citizens are not compromised.

According to her, the essence of the engagement was to improve the relationship between stakeholders and government by developing ways to sanitize the industry, stressing that the agency has acquired mobile water test kits which are to be used in testing samples during operation and that approval for the acquisition of a standard laboratory for water testing is on the way.