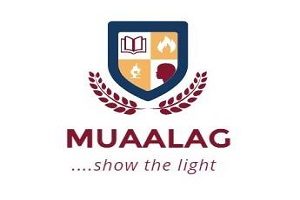 The Lagos State chapter of the Madonna University Alumni Association MUAALAG has restated its commitment to a cleaner Lagos as it is poised to extend its gratitude to the men and women who work hard to make Lagos cleaner and often go unappreciated.

This much was made known by President of the association, Ogho Emore who spoke to journalists at MUAALAG’s sports’ Day held in Lagos recently. He stated that as part of its end-of-the-year activities, MUAALAG has set aside a day where it would fete the highway managers and sweepers of roads in the Lagos Metropolis. He communicated that a paradigm shift was necessary to achieve environmental sustainability. As a result, individuals and organisations would be required to play an active part in ensuring that the streets of Lagos are kept clean. He emphasized further that MUAALAG is looking to play a key role in shifting the needle towards a positive outcome. Mr Emore lauded Sterling Bank’s efforts at creating a cleaner environment through its STEM initiative and stated that more organizations are to toe this line.

Spokesman for the association Chinedum Ucheoma used the opportunity to shed more light on the end of year activities of the association. He informed journalists that the day would begin with the CSR initiative during which the various clusters that make up the association would give out food items to highway managers that fall within their locations. The highlight of the day would be the Grand Ball/Gala Night during which the association will be recognising Alumnus who have distinguished themselves in their service to the Alumni, those who have excelled in their vocation and those who have impacted positively in their various communities. Both events are slated to hold on December 2nd 2017.

Companies who have partnered with the association for the event include Nigeria’s first online laundry mart, Instant pickup, Mobile software producing giants, Cosmo allied services, Leading consulting firm, Kotivung amongst others. It will be recalled that the first edition of the Gala Night was held in 2015 at the Best Western Hotel Victoria Island Lagos.