Nobody can subvert will of Ndi Anambra, says ZLP 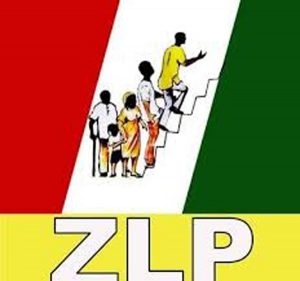 The Zenith Labour Party (ZLP) has said nobody can subvert the will of Anambra residents in the November 6 governorship election.

The party said its candidate, Dr. Obiora Okonkwo, and his running mate, Jessie Balonwu, will win the poll.

In a statement yesterday in Awka, the state capital, by the party’s State Campaign Council Publicity Secretary, Afam Ofomata, ZLP said it was obvious that other political parties were jealous of Okonkwo, the reason some of them focused their attention on his party.

“Since the consolidation of the ZLP as the coalition platform of Ndi Anambra across party, religious, cultural and sectional lines, with Dr. Okonkwo as the consensus candidate, the tide of the election, which is the inevitable victory of the ZLP, is clear.

“Ndi Anambra have made up their minds to elect Dr. Okonkwo as their next governor, given his development, sense of accountability and proven managerial capacity to move the state forward, and nothing will change that resolve.

“The ZLP is, however, aware of clandestine plots by certain unpopular parties, particularly the All Progressives Congress (APC) and the failed All Progressives Grand Alliance (APGA), to deploy underhand tactics to manipulate the electoral process and subvert the will of the people.

“It is instructive to state that Ndi Anambra know themselves in all the 326 wards across the state and will never allow strange elements to derail the electoral process,” it said.