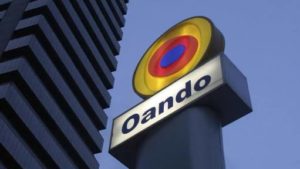 The Senate on Wednesday approved the payment of 348 billion outstanding subsidy claims to 74 petroleum marketers in the country. This helped Oando’s share price spike to the top of the gainer’s table on Thursday.

The approval followed the adoption of the interim report of the committee on petroleum downstream on the promissory note programme and bond issuance to settle inherited local debts and contractual obligations to petroleum marketers.

Some of the oil marketing companies (OMC) and the amount approved for them include:

The Committee in the report presented by its Chairman, Senator Kabiru Marafa noted that the marketers made claims to the tune of N670,497,543,15, as of June 30, 2017, but the PPPRA verified and approved the sum of N429,054,203,228 to the Federal Ministry of Finance, adding that while the verified figure was approved by the Federal Executive Council, further verification by the Presidential Initiative on Continuous Audit (PICA) reduced the amount to N407,255,263,288.

Oando share price gained 9% on Thursday in apparent reaction to the news of the impending payment. Oando shares plummeted in the last few days following the court ruling in favour if minority shareholder Ansbury.

The share price fell from about N6 to under N5 as investors dumped the stock fearing the potential impact of the court decision. However, following the news that Senate has approved payment of N14.9 billion for the company, investors poured into the stock helping it top the gainer’s chart.

Oando shares are down over 30% in the last one year. Oando’s year high still remains N9 achieved in April.