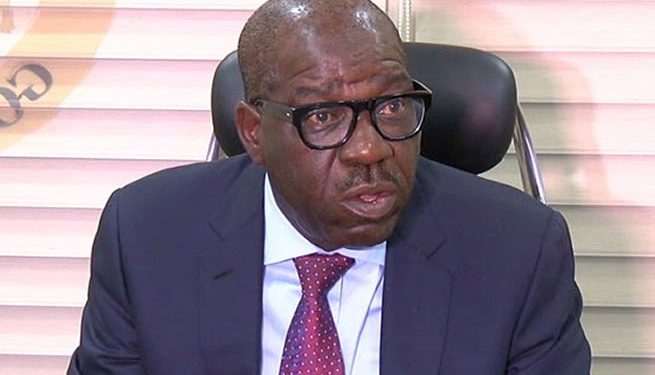 The Edo State Governor, Mr. Godwin Obaseki, has approved the appointment of Mr. Anthony Osas Okungbowa as the state’s new Head of Service.

This followed the retirement of the former Head of Service, Mr. Isaac Ehiozuwa, after the mandatory 35 years of service.

In a statement, Secretary to the State Government, Osarodion Ogie Esq., said “This is to inform the general public and in particular Edo State Public Service that with the retirement of Mr. Isaac Ehiozuwa as Head of Service, following the mandatory 35 years of service, His Excellency, Mr. Godwin Nogheghase Obaseki in exercise of his powers under Section 208 of the Constitution of the Federal Republic of Nigeria 1999, has approved the appointment of Mr. Anthony Osas Okungbowa as Head of the Civil Service of Edo State.”