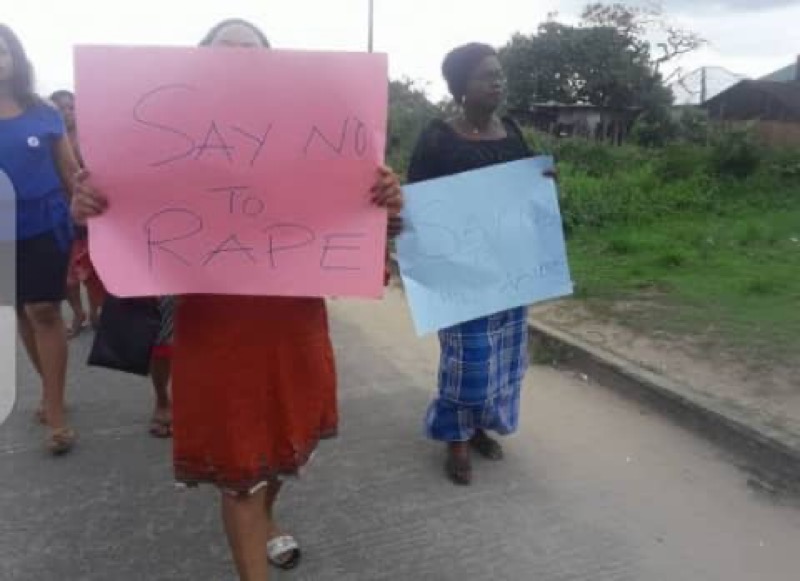 The women of Uegwere Boue Community in Khana Local Government Area of Rivers State have petitioned the International Federation of Women Lawyers (FIDA) as well as the National Human Rights Commission, accusing ex militant Solomon Ndigbara of sending his cult boys to rape them in their farms.

The women also accused Ndigbara of using his cult boys to rob them of their handsets, tools and crops in their farms.

Ipianeh Godspower and Suanu Ikiinwii who are the two representatives of the women, addressed newsmen in Port Harcourt on Thursday Morning.

They asked FIDA and the human rights commission to enforce monetary compensation against Ndigbara in favour of the women.

Godspower and Ikiinwii who were both former officers of the Nigeria Security and Civil Defence Corps and the Nigerian Army respectively, said their community is no longer safe because of the atrocities of Ndigbara.

Ipianeh said, “if we don’t take action against Ndigbara, our lives and property will go into extinction.

“Ndigbara wants to collect our farm lands by all means, hence the use of his cult boys to rape and rob our
women in our farms.

“We want the entire world to know the person that wants to kill us all and he (Ndigbara) is ready to stop at nothing to destroy us.”

Ikiinwii also said, “Yeghe community where Ndigbara comes from does not have farm boundary with us, I don’t see reason why Ndigbara will be using his cult boys to rape and rob our women in our farms in order to collect our farmlands.

“I served in the Nigerian Army for 35 years and retired to come and rest at home and frequent gunshots from cultists have never allowed peace to reign in my community.

“I am ashamed of this country for allowing illegal weapons to be in the hands of criminals and I will never allow Ndigbara and his cult boys to destroy my community.”

One of the female victims, Dooh Naalube said, “we have not been going to the farm because of fear of being raped and robbed by bad boys.

“These boys have robbed me of my crops and farm implements before and we need authorities to help us stop them from attacking us.

“Our farmlands do not belong to Ndigbara and his community and for that reason, we can not allow him to collect our farmlands from us.

“Before, we don’t used to buy garri (grinded cassava) but now we do because we have not been farming due to fear.”