Okorocha to INEC: Release my certificate of return 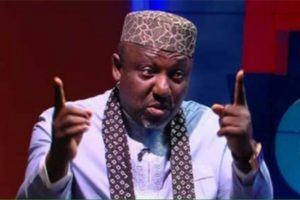 Governor Rochas Okorocha of Imo State who claims to have won the Senate seat on the platform of APC, yesterday, called on INEC to release his certificate of return to enable him celebrate like other senators-elect.

Okorocha, who granted interview to journalists in Abuja, accused the Resident Electoral Commissioner (REC) in Imo State of playing the script of those planning to deny him the opportunity to become one of the presiding officers in the National Assembly.

The governor, who said he was absent at the public presentation of the certificate of return to new federal lawmakers because INEC removed his name from the list, said the electoral body must be doing “something special.”

He said, “I was not there because INEC has removed my name from the list of senators having been declared the winner by the zonal returning officer. So, I am waiting to hear why INEC struck my name out. I think probably, INEC must be trying to do something special because I understand once results have been declared and returns made, then you are bound to be issued a certificate of return but to have exempted me, I am in darkness as to what was the reason why I was not invited to collect my certificate of return.”

“I am told from the grapevine that it was because of duress. In other words, somebody must have coerced the returning officer to do what he was not supposed to do but here again, I do not understand what that means because there was nothing of such.

“How can you put somebody on duress to declare you the winner of an election that you have already won?,” he asked.