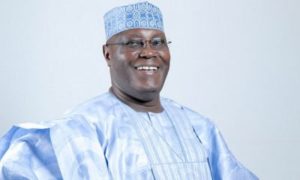 The Peoples Democratic Party has kicked over the advice of the Federal Government to the United States Government not to grant visa to its presidential candidate, Atiku Abubakar.
The position of the party followed the call on Thursday by the Minister of Information and Culture, Lai Mohammed, that Abubakar should not be granted visa.
But speaking on the position of the All Progressives Congress-led Federal Government, the spokesman of the PDP and the party’s Presidential Campaign Council, Kola Ologbondiyan, said: “Alhaji Lai Mohammed and the APC
cannot dictate to America who to allow into their country.