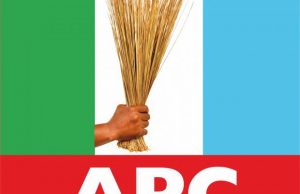 BENIN CITY—THE All Progressives Congress, APC, in Edo State, has said that the decision of the Peoples Democratic Party , PDP, in the state not to participate in the forthcoming March 3, 2018 local government elections was  an indication that the party no longer exists in the state.

APC state secretary,  Mr Lawrence Okah, who was reacting to the comment by the state chairman of the PDP, Chief Dan Orbih, that the party was staying away from the elections due to what he described as the alleged manipulation of the processes by both the Edo State Independent National Electoral Commission, EDSIEC and the state government, said the PDP knew “they have been rejected by the people and that is why they want to chicken out.

“I feel sorry for the PDP because every day all we hear from them is that Obaseki has done this and that but they have not proffered one solution. If they say they are not participating in an election that will affect the lives of their people, then it shows they have never been ready for governance. “That attests to the fact that they are no longer in Edo as we have been saying. They have confirmed it.

If you look at all the states controlled by the PDP, they held council elections and APC participated because APC is on ground in those states. They did not assume that because it is being conducted by the state electoral commission then they will not participate.

“So that is how the 2019 general election will still be in Edo because by then they will tell you that police or army is harassing them so as a result they will not participate.

If they sincerely love this state they should participate in elections because we want vibrant opposition in Edo.”

We want to encourage the PDP to stop running away from elections for the interest of our democracy,” he stated.

@@dailyrecordng
Previous How I died, woke up when being taken to mortuary – Julius Agwu
Next Eagles World Cup plan excites Siasia