Qatar 2022 World Cup: How Messi, Mbappe, Others Broke Over 35 Records 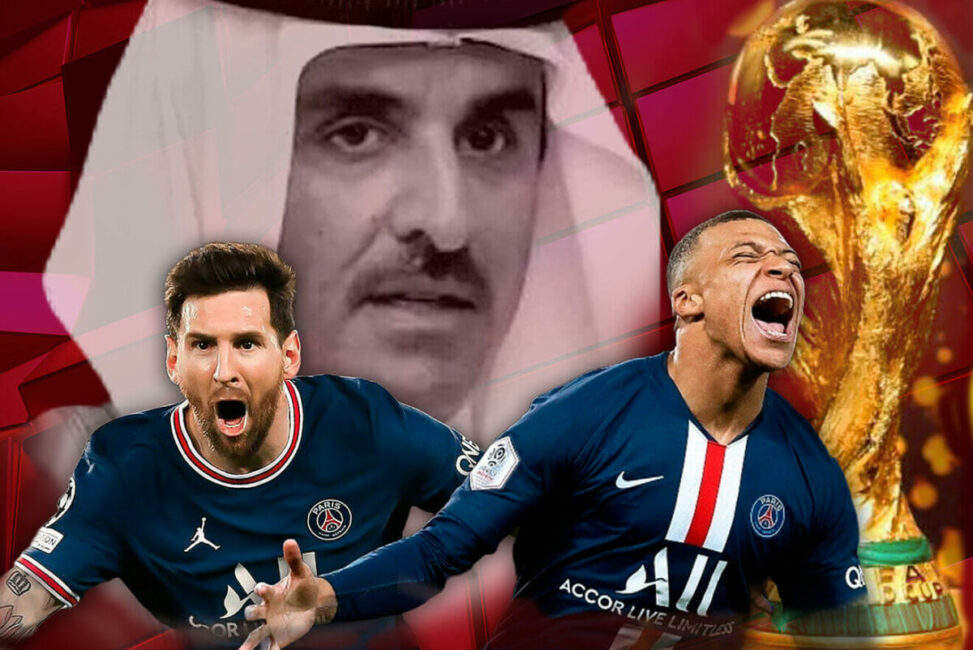 The 2022 edition of the FIFA World Cup in Qatar surpassed expectations in all ramifications, from the superb organization of the tournament by the host country to the thrill and surprises of the matches, this year’s edition of the World Cup will surely remain memorable for football lovers around the world.

Amidst the fanfare and celebrations following Argentina’s victory at the final match,  some of the notable records broken and created at the global sporting event.

With their 2-0 loss to Ecuador, Qatar became the first host nation to lose their opening game of the World Cup (previously W16 D6).

Against Saudi Arabia, Argentina lost a World Cup match after scoring the first goal for the first time since 1958 against Germany, while it was the first time they lost after leading at half-time since the 1930 final against Uruguay.

At the age of 18 years and 110 days against Costa Rica, Spain’s Gavi was the youngest player to score at the World Cup since Pelé for Brazil against Sweden in the 1958 final (17y 249d).

Following its defeat to Senegal, Qatar became just the second host nation to be eliminated from the first round of the World Cup, after South Africa in 2010.

England’s 0-0 draw with USA was their 12th goalless draw at the World Cup – more than any other nation – while it USA’s first ever in the competition.

Cameroon’s 3-3 draw with Serbia saw them become the third African team to avoid defeat in a World Cup match having been two or more goals behind, after South Africa (2-2 vs Paraguay in 2002) and Côte d’Ivoire (3-2 vs Serbia in 2006). It was also the first time they’d ever scored three goals in a World Cup match.

After beating Switzerland, Brazil became the first side in World Cup history to go unbeaten in 17 consecutive group stage matches (including final and second group rounds in earlier editions).

Saudi Arabia received 14 yellow cards in the 2022 World Cup group stage, a new record for a team in a single group stage in World Cup history.

Morocco became the first African nation to top their group at the World Cup since Nigeria in 1998, with seven points the most by an African team in the group stages.

Making his 1,000th senior career appearance in the match against Australia, Lionel Messi scored in the knockout stages of the World Cup for the first time for Argentina, with his previous eight goals in the competition all coming during the group stage.

Olivier Giroud’s goal against Poland made him the all-time top scorer for the French national team, overtaking the previous record-holder Thierry Henry (51).

Spain became the first nation in World Cup history to lose four penalty shootouts, while they were just the second side to not score in one after Switzerland against Ukraine in 2006.

Portugal’s 6-1 win against Switzerland was biggest ever victory in the knockout rounds of the World Cup, scoring six goals outside the group stages for the first time.

In losing to Croatia on penalties, Brazil have been eliminated from each of their six World Cup knockout round games against European sides, since beating Germany 2-0 in the 2002 final.

Against Netherlands, Argentina became the first-ever nation to win five penalty shootouts at the World Cup.

Morocco became the first African team to qualify for the semi-final of the World Cup.

There were 15 cards shown to players that entered the field of play in Argentina vs. Netherlands, the most in World Cup history, overtaking Cameroon-Germany in 2002 (14 – 12 yellows and two reds).

Louis van Gaal has never lost a World Cup match as manager, with Netherlands’ 2-2 draw with Argentina his 12th game (W8 D4) – this is the joint-most games managed in the competition before losing, along with Luiz Felipe Scolari.

England were eliminated from the quarter-final stages of the World Cup for the seventh time, more than any other side in the history of the competition.

With his goal against Croatia, Lionel Messi became Argentina’s highest-ever goalscorer in the World Cup (11), and the first Argentinian to score in five different matches in a single edition of the tournament.

France became the first nation to reach back-to-back World Cup finals since Brazil in 2002, and first European country to do so since Germany in 1990.

Against Morocco, Randal Kolo Muani scored 44 seconds after coming on as a substitute for France – this was the third-quickest goal ever scored by a substitute in a World Cup game, after Ebbe Sand for Denmark vs. Nigeria in the 1998 round of 16 (26 seconds) and Richard Morales for Uruguay vs. Senegal in the 2002 group stage (16 seconds).

Each of the last three reigning champions to reach the World Cup final failed to win that final, with France joining Argentina in 1990 and Brazil in 1998 in doing so.
Argentina have won more penalty shootouts than any nation in World Cup history, with this their sixth such triumph. They are the third nation to win a World Cup final shootout, after Brazil in 1994 and Italy in 2006.

Since it was introduced in 1982, Lionel Messi became the first player to win the Golden Ball (best player of the tournament) at two different World Cups.

Argentina’s Lionel Messi became the first player in World Cup history to score in the group stage, round of 16, quarter-final, semi-final and final in a single edition of the tournament.

Lionel Messi has been directly involved in 21 goals at the World Cup for Argentina (13 goals, eight assists), the outright most of any player for any nation at the finals on record (since 1966).

Argentina’s Lionel Messi made his 26th appearance in a World Cup match, becoming the all-time record holder for most games played at the tournament, overtaking Lothar Matthäus (25).

France’s Kylian Mbappé scored his 10th (and 11th and 12th) World Cup goal, becoming the 15th different player to reach double figures at the finals. Aged 23 years and 363 days, he was the youngest of those 15 to hit that tally, surpassing Gerd Müller (24y 226d).