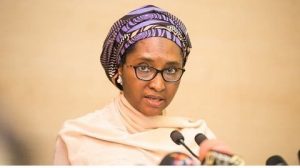 The House of Representatives, on Thursday, summoned the Minister of Finance, Budget and National Planning, Zainab Ahmed; Governor of the Central Bank of Nigeria, Godwin Emefiele; and the Accountant General of the Federation, Ahmed Idris, over alleged illegal withdrawal of $21bn from the Nigeria Liquefied and Natural Gas Limited’s Dividends Account between 1999 and 2020.

The House Committee on Public Accounts issued the summons after a presentation by the Group Managing Director, Nigeria National Petroleum Corporation, Mele Kyari, who argued that the deductions from the NLNG Dividends Account were approved by relevant authorities, namely Federal Ministry of Finance, CBN and NNPC.

Kyari, who was represented by the Chief Financial Officer, NNPC, Umar Ajiya, stated that the proceeds from the Dividends Account were the Federal Government’s share of revenues from oil shared among the federal and state tiers of the Federation.

He said, “All withdrawals were based on approved mandates of the relevant authorities. As far as NNPC is concerned, investments in NLNG were done on behalf of the Federal Government.

“I was the treasurer of NLNG, so I was aware of the Federal Government’s investment in the project. The same matter came up at the FEC and was referred to a committee headed by the Governor of Kaduna State (Nasir el-Rufai).

“There is no question of illegal withdrawal. Nobody can withdraw from the account, illegally; the CBN Governor can be invited to attest to that.”

While responding to an audit query on the alleged unauthorised deduction of over N1.2tn from proceeds from oil in the 2014 fiscal year, Ajiya said, “The NNPC couldn’t have remitted all its earnings” into the Federation Account, during the period under review.

@@dailyrecordng
Previous Fans to Solskjaer: You’re unfair to Ighalo
Next How Ecommerce came through for Nigerians in 2020