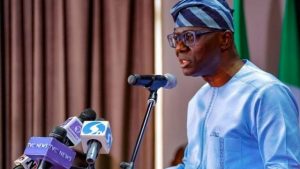 Lagos State Governor, Mr Babajide Sanwo-Olu has announced that worship centres would be allowed to function from 19th and 21st of June, 2020.

The development is coming two days after the State Commisioner for Home Affairs, Anofiu Elegushi, said churches and mosques would remain closed in the state.

The Federal Government had on Monday, June 1, lifted the ban on mosques and churches in the country, based on guidelines and protocols agreed with state governments.

Mr Elegushi said the reopening of the worship centres was not possible soon, as the state was the epicentre of the coronavirus pandemic.

”Even before the pronouncement by Federal Government, we have been having meetings with the religious leaders, we even had one with Safety Commission, looking at the possibility of reopening of religious houses.

”We also had one with the leaders of the two faiths and I want to tell you categorically that at that meeting, possibility of reopening religious houses was ruled out totally.

”They claimed that they cannot take such responsibility of ensuring that only 20 or 50 people are praying behind them,” he said.

@@dailyrecordng
Previous Blackmailer on the Trail of Seyi Tinubu…Demands for N7million
Next BREAKING: PTF sets date for resumption of interstate movements in Nigeria