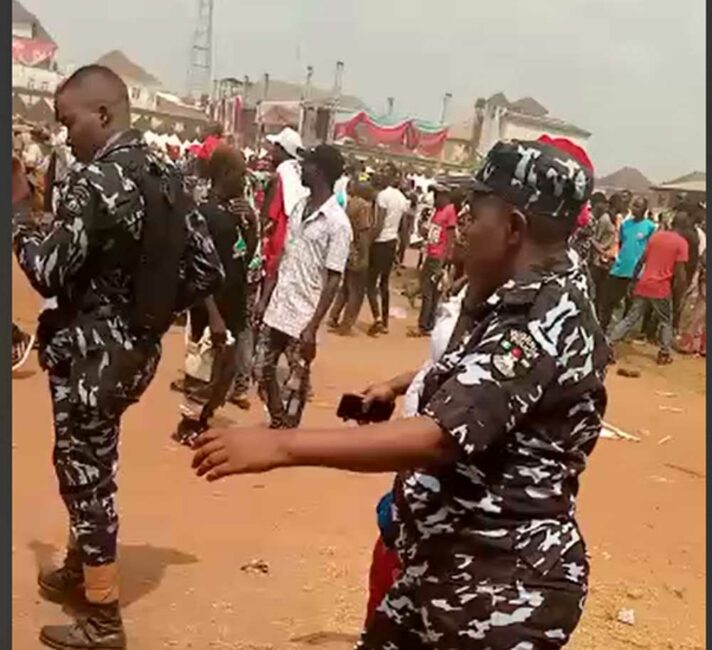 Suspected political thugs believed to working for the Abia State governorship candidate of the All Progressive Congress, APC, High Chief Ikechi Emenike, on Tuesday invaded the venue of the APC Presidential campaign rally at the Umuahia township stadium.
The thugs who wore face caps bearing the picture and name of Chief Emenike attacked the supporters of Senator Orji Uzor Kalu.

The thugs, without minding the presence of the security personnel at the stadium, attacked Orji’s supporters and ordered them to leave the venue of the campaign rally.

Our correspondent who was at the rally could not immediately ascertain the immediate cause of the attack on the supporters of the Senate Chief Whip as none of the invaders was willing to say anything.

However, Kalu has been repeatedly accused by the Chief Emenike controlled APC in the state of indulging in anti party activities, an accusation which he had since denied.

The APC presidential candidate, Bola Ahmed Tinubu, is yet to arrive at the venue of the campaign rally as at the time of filling this report.