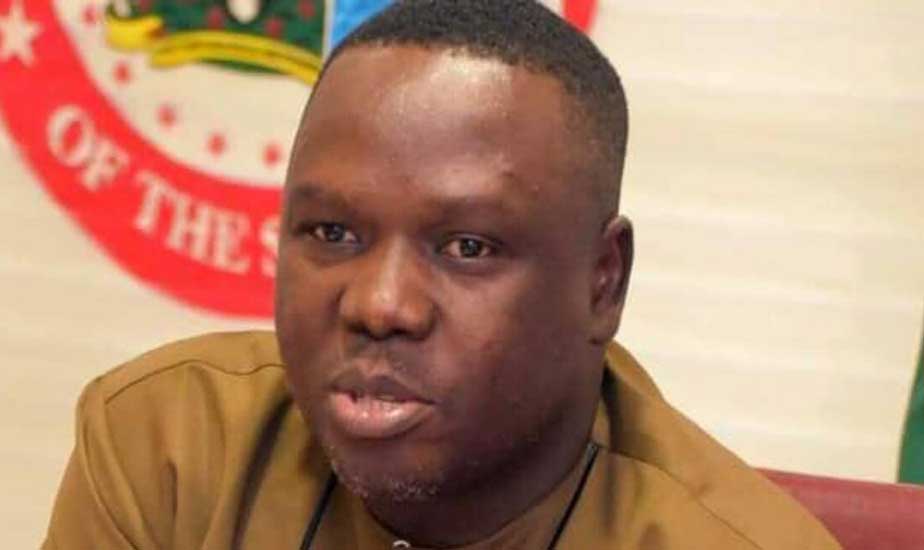 The spokesman of the Atiku Abubakar Campaign Organisation, Daniel Bwala, has accused the

Bwala, who was a legal aide to the Deputy Senate President, Ovie Omo-Agege, and acted as one of the spokesmen of the APC before decamping to the Peoples Democratic Party, made the allegation on Wednesday in an interview  in Abuja.

Bwala’s allegation is coming on the heels of the controversy surrounding a statement by the APC presidential Council spokesman, Festus Keyamo, claiming that the presidential candidate of the Labour Party, Peter Obi, was planning to stage an assassination attempt on himself in order to whip up sentiment against APC.

Keyamo further alleged that those to be hired as assassins would be wearing clothes designed with APC colours.

Speaking with our correspondent, Bwala joined the calls for Keyamo’s arrest, and called on the security agencies to conduct proper investigation in order to unravel what prompted the allegation, which he described as a recipe for anarchy as the campaign season is a few weeks away.

He said the allegation by the Labour Party about the perceived threat that “APC is pushing to what we call in the intelligence community as laying the foundation of what you intend to do,” should not be swept under the carpet.

“Labour complained that Keyamo falsely said that Obi was going to stage attempted assassination so that he will rope people into it.

“Nothing like that existed,” Bwala said, explaining that, “It has been proven (even) by the fact checkers. So, when you see them doing something like that, it means they have a crime afoot.

“I have personally been receiving death threats from the APC people,” he alleged.

He equally attacked the campaign council of the presidential candidate of the APC, Bola Tinubu, for accusing Atiku of running to Dubai whenever he loses elections.

Bwala carpeted the APC presidential campaign organisation saying, “It is a lazy jibe by the APC campaign.”

He explained that, “The time that Atiku was away, he was undertaking a master’s degree studies with Anglia Ruskin University, UK, from which he had graduated.

“Among the three presidential candidates, Atiku is the only candidate that uses his time outside the government to improve himself, update himself to be consistent with the cutting edge so that when he comes to lead, he will not be leading a generation that is ahead of him. That is why he went to update himself.

“The candidate of the APC, sadly is still battling over his certificate and identity, every day he is travelling out for that.

“If you talk about the 21st century economy, which has gone digital, it is powered by Information Technology. That and so many other factors require a president with fair knowledge to govern.

“So, if you think as a president you don’t need to know that because you select people, the president must have a fair knowledge of the people that he is supervising and key areas necessary for proper leadership.

“And that is where Atiku has an edge over them. That their excuse is lazy, and it is not (even) worth something to respond to.

“On the other hand, their candidate, Bola Tinubu, too, has been back and forth. He has been travelling abroad but in his case he goes for medical,” Bwala, who is also a lawyer, said.

He decried what he called ethnic politics that is being adopted by both the APC and Labour Party, declaring both parties as “regional parties.”

Explaining, he said, “What I meant by regional party is that they may have national spread but you support regional agenda, and ethnicity. That is why you see them fighting each other.

“PDP represents a party that encompasses the Nigerian people. The ideology of Atiku is that of unifying Nigeria.

“He believes that if there is any time we should de-emphasise ethnic colouration in our already tense environment, it is now. Because the APC-led government is the one that has divided Nigeria along ethnic lines. And an ethnic line is one of the cheapest things among them,” he said.

He added that “Obi identity politics is not healthy for Nigeria. No tribe wins elections by itself. You need the entire country in order to win the presidential election.

“You must win the majority of the lawful votes cast and win 25 per cent in at least 24 states of the federation.

“But what we have, very sadly, the Labour Party and the APC – Peter Obi and Tinubu – descending so low into identity politics, is a recipe for disaster.”