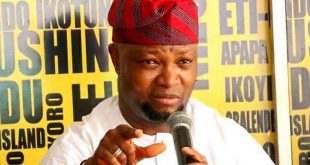 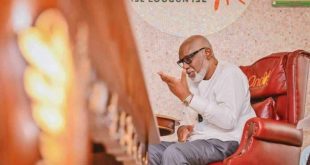 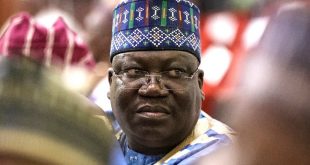 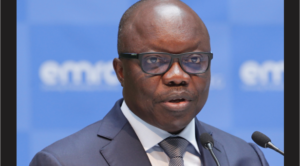 There are politicians and there are politicians. In Delta State, they also abound in different shades and characters, so much so that if awards were to be doled out today, there would be a lot of pretenders amongst them as far as the development of the Big Heart State is concerned. Inversely, a few contenders would line up for the awards based on their selfless contributions which have made the state worthy of being counted among the ‘big’ states.

The immediate-past governor of Delta State, Dr. Emmanuel Eweta Uduaghan, is arguably one of the most successful politicians the Niger Delta have produced in recent times. His influence and popularity were not earned through a walk in the park, rather by the dint of his determination to make his people happy. His story is a very loaded one, his development efforts also extended to the Niger Delta region even though he was the governor of a state. He was deeply involved in negotiations with Niger Delta agitators and militants alike which let to peace in the region. Of course, where there is peace, there is development.

If one counts every infrastructure dotted all over the state, a greater percentage of them would definitely bear his finger of approval.

A medical doctor by profession, Dr. Uduaghan set the sail of healthcare revolution in the state when he took over. Deltans will not forget Uduaghan in a hurry for instituting a special project to finance medical assistance to them. To date, the sum of N1.4 billion has been expended on the project and it has been worth the while.

He also embarked on health programmes as the Free Under-Five health programme where all the children within the age bracket of 0-5years were taken care of irrespective of the ailment. The Free Maternal Health programme which enabled government hospitals attend to pregnant and expectant mothers from conception to the period of delivery free of charge remains in their memory till date. It was once reported that the antenatal care unit of each hospital was recording up to 200 to 400 attendants on daily basis. The hospitals were made to handle serious advocacy issues on care during pregnancy aimed at reducing maternal and infant mortality.

On the Free Rural Health Scheme programme, the government of Delta State under Uguaghan attended to the rural people in all parts of the state, treating various health needs of the people irrespective of the nature of the ailment free of charge. The scheme cut across all ages and sexes as issues bordering on fibroid, hyenia, partial blindness and other sundry health challenges were tackled by health care professionals.

This magnanimous gesture of his government brought succour to people who ordinarily would not have been able to access the needed medical attention.

If Uduaghan did well in health care delivery, he scored higher in the educational sector.  Aside from ensuring the fees of all students sitting for the secondary school final examinations were paid full, a policy he underpinned by the observation that some students even after going through the free school programme, were unable to pay the fees required before they could sit for NECO and WASC examinations, he blazed the trail with the state government’s First Class Scholarship Scheme under which indigenes of the state, paternally or maternally, who made first class in any university were offered an annual N5 million scholarship to study for higher degrees up to PhD anywhere in the world. In four years, his government provided scholarships to 1,760 students in different categories. His government also approved scholarship for 792 students in all the categories and inaugurated the Delta Education Marshall (Edu Marshall) to eradicate ‘street culture’ and pave way for ‘learning culture’

Fully aware of his target in the education sector Uduaghan had said the huge investment in education had a lot to do with the ‘Delta Beyond Oil’ initiative of his administration. For anything to succeed, he had said, the bedrock is education, and one cannot be talking about ‘Delta Beyond Oil’ the populace was not educated.  Under Uduaghan, primary and secondary schools witnessed a new lease of life in the state with the construction or rehabilitation of over 200 primary and secondary schools.

There is no argument that Dr. Uduaghan achieved so much in the area of infrastructure, housing scheme, roads construction, street lights and provision of modern transport facilities and hospitals, a phenomenon which has made Delta catapult into an enviable state.

What has, however baffled a lot of political watchers within the country and beyond, was why an achiever like Dr. Uduaghan went into hibernation after serving out a meritorious gubernatorial period despite pressure from his people when a lot of his under-achieving colleagues found themselves in the chambers of the National Assembly Complex, Abuja. When he addressed pressmen recently, the Itsekiri-born politician answered the question. He had said he took that option in the interest of peace in the state.

Delta South Senatorial District boasts of equally great minds like the ex-governor, one which is the incumbent senator who has represented the senatorial district through four terms of four years each.

By 2019, the senator, James Manager would have served a total of 16 years in the house. In 2015, when he indicated his intention to return to the senate, the ex-governor had rested his ambition to pave way for Mr. Manager to continue. Now, the pressure has again mounted on Dr. Uduaghan to gun for the senatorial seat and he has said he is ready. Surprisingly, support has poured in from the whole Delta South and beyond.

According to Dr. Uduaghan, his senatorial ambition is born out of his desire to pursue quality legislation that will lead to the end of crisis and development in the Niger Delta region.

In his words: “I’m not going to the Senate because am Itsekiri. My aspiration is not ethnic but knowledge and capacity based.”

“We need to look at laws that’ll improve income accruing to oil-bearing communities. There should be a law that compels every company operating in the Niger Delta region to contribute a percentage to the host communities. This is done in Arizona and the Netherlands. Ours, here, should not be an exception.”

“And to ensure a near absolute peace and security in the Niger Delta, local youths should be engaged to assist security men in intelligence gathering; through this, we’ll be able to reduce a lot of criminal activities in the creeks.” Uduaghan noted.

As the 2019 elections draw closer and closer, all eyes are on the man with excellent track records who thinks, sleeps and wakes up with the peace and development of the Niger Delta in his mind. 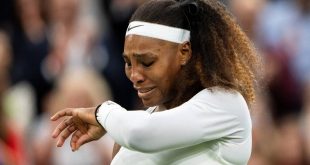 Serena Williams has announced plans to retire from tennis, but she admitted the decision was …