Understanding The Metaphors, Language And Ideals Of Senator Marafa: A Foundation Lesson To Aminu Atiku Gusau 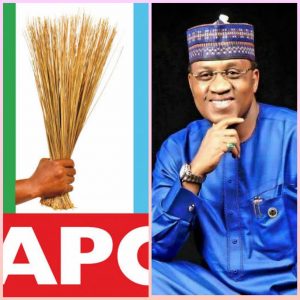 One Aminu Atiku Gusau penned an article that is obviously a political tantrum from the discomfort that the strategic actions of Senator Kabiru Marafa throw on the transactional machinations characterizing the activities of APC in Zamfara State.

In the article, Mr. Gusau called the Senator’s patriotic actions as ‘Marafa’s rantings’ which he wanted to address along ‘other sundry issues’. The training of transparent engagements received from courageous political mentors in the duo of Senator Marafa and former Governor Yari makes it impossible for one to engage the writer in significant details because he seeks to cowardly hide under a name that is not representative of his mercenary role.

For this reason, this response is going to be brief until the writer summons the courage to appear in a relatable name because it is counterproductive to engage with a ranting coward. The first reaction along this line is therefore identifying myself in the name that appears in this article and as a proud disciple of the political ideals that Senator Marafa represents.

I am an academic by profession and the footprints of my thoughts exist a click away on relevant social media spaces using the same name. Similar declarations from the writer who decided to feign as Aminu Atiku Gusau will be most helpful for a more serious and detailed engagement.

Even the brief response I wanted to provide is therefore more academic than political because the rented role of Mr. Gusau trespassed into language which is the core area of my academic call; both Senator Marafa and Former Governor Yari would definitely object to joining issues with a faceless interlocutor.

From a number of erroneous assumptions, Mr. Atiku Gusau does not seem to have basic understanding of political language in general nor the resources to access the deep political metaphors and thinking processes of Senator Marafa which led to bluffing with uncountable contradictions in the article. For example, he had problem with the metaphor of construction site that Senator Marafa used in one of his reactions to the usurpation roles of APC national over its Zamfara state chapter. In the misguided views of the author, Senator Marafa’s recognition of himself and Yari as Senior architects and engineers and the intruding actors at state and national level as masons, carpenters and laborers as undermining the critical roles of these workers in building process.

There is an obvious lack of understanding of political context and building sites in the writer which are fundamental requirements for understanding every metaphor. There is hardly any aspect of human endeavor that is as hierarchical as political which is exactly the point that Senator Marafa was making in that metaphor.

Because of their foundation roles in party formation, many decades after, people remember Malam Aminu Kano on the mention of NEPU; Sardauna of Sokoto on the mention of NPC; Awolowo whenever Action Congress is mentioned as well as Herbert Macaulay and Nnamdi Azikiwe in relation to NCNC.

Senator Marafa was a serving Senator of the Federal Republic of Nigeria when APC was formed while Governor Abdul’Azeez Yari was a serving Governor who hosted the convention that midwifed the party and both worked assiduously to give the party its first national victory at poll in 2015.

It is therefore a valid argument if Senator Marafa considers himself and Yari as senior engineers and architects of APC at all levels. In the same wavelength, it is legitimate if, in the context of kangaroo political process imposed on APC Zamfara by the national leadership with all its questionable legitimacy, Senator Marafa called the leading actors today who were either mere Special Advisors in their state or adversaries to the process when the party was formed as masons and laborers.

It is in record that some of the actors that Aminu Atiku Gusau depends and who want to claim enviable designing position that Marafa and Yari earned had to run out of Nigeria to the U.S and later Niger Republic for fear of repercussion because they were beneficiaries to the detested diversion of moneys budgeted for armed procurement. It is even dignifying that such people are given respectable roles of laborers and masons in the construction site that delivered APC.

This instructional response will not end without taking Mr. Atiku Gusau to the construction scene from which Senator Marafa drew his metaphor. AT every important construction site, there is a Project Information Board that carries important information about the site. While everyone recognizes that masons, laborers and carpenters are important, their names do not appear on that board. What you see there is the name of the project, the client, the contractor and the technical advisor depending on the nomenclature.

It is similar historic role that Senator Marafa and Governor Yari performed in APC which no amount of envy can take away from them. Like all pioneers also, they hold special codes that give them special control like the one we see in Zamfara which the concerted collusion of political mercenaries find too mysterious to decode.

While I have to pause here to wait for the identity of Mr. Aminu Tijjani Gusau and whom he speaks for before a proper political engagement, I dare challenge from personal experience that Senator Marafa is one of the most liberal political elite around that the mischief of taking his use of language out of context cannot change. It takes keeping his company anywhere anytime to witness his accessibility to people of the most common status.

A simple analysis of the demography of his supporters especially in Zamfara will show people of modest status who are inspired by his courage, genuine sympathy and altruism. Many including myself really wonder how Senator Marafa is accessible by phone to the multitude of his supporters in the rural parts of Zamfara and how he creates the time to listen to their thoughts and concerns.