We have not shut down Access Bank branch – Ekiti 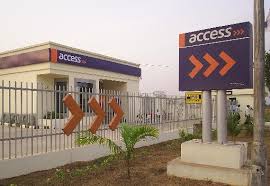 The Ekiti State Government has dispelled the rumours that it has shut down the Ado-Ekiti branch of Access Bank Plc following last Monday’s attempt by agents of the Economic and Financial Crimes Commission to arrest Precious Chikwendu Fani-Kayode, the wife of former Minister of Aviation, Chief Femi Fani-Kayode, in the bank’s premises.
In a statement in Ado-Ekiti on Wednesday by the Chief Press Secretary to the Governor, Idowu Adelusi, the government said it had nothing against the bank and there was no reason whatsoever to shut down the financial institution.
The statement said: “The attention of the state government has been drawn to rumours making the round, especially on social media that Ekiti State Government has shut down‎ a branch of Access Bank in Ado-Ekiti, the state capital. This is definitely coming from the warped minds of opposition elements, whose mouths have been locked by the sterling performance of Governor Ayodele Fayose and the unprecedented support he is enjoying from the people of the state.
“For the sake of clarity, Ekiti State Government has no axe to grind with the management of Access Bank. Also, the state government does not license banks and can’t withdraw same.
“We enjoin the good people of Ekiti State and Nigerians in general to disregard such unfounded rumours. They should not let themselves be dragged to the level of the unintelligent like the opposition people have shown by embarking on this type of insinuation they probably brought from the pit of hell.”