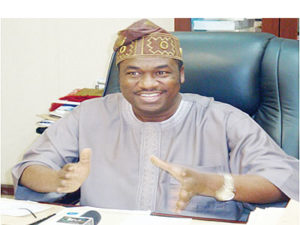 The Deputy Governorship candidate of the All Progressives Congress in Lagos State, Dr. Obafemi Hamzat, has said the Babajide Sanwo-Olu administration, if elected, will sustain and expand the Lagos State Employment Trust Fund’s initiative put in place by the current administration.
Hamzat also reiterated that the Security Trust Fund initiative will form part of the focal areas of preference if the APC is given the mandate to continue by next dispensation in Lagos State.
This was disclosed on Saturday by Dr. Hamzat during a live programme on Television Continental in response to questions and comments by callers during the programme.
Hamzat, while emphasising the importance attached to infrastructural development by his party, said if the party wins the next election, security, employment, provision of social amenities will be top on the agenda of the government.
He said: ‘”Coincidentally, our candidate and I understand the enormity of challenges ahead of us.
“And providentially, both of us have the experience and understanding of what will make our slogan: ‘For a Greater Lagos,’ a reality.
“In view of the fact that private sector drives the economy of any serious nation, including the small scales enterprise, it becomes imperative to ensure the security of lives and properties, and by extension, make funds accessible to the artisans, traders and other genuine business men and women in those categories.
“We will therefore strengthen the State Employment Trust Fund to give access to credit to many more people in Lagos. The fund in three years has disbursed funds to 8,000 people out of over 40,000 people that applied. We will expand the capacity of LSETF to do more. The impact is real and we will make it better.”
On the issue of education, health and employment, Hamzat assured the residents that plans are underway to upscale quality of education, employment opportunities and provision of social amenities like water supply, among others.
Responding to the insinuations made by the governorship candidate of the Peoples Democratic Party, Jimi Agbaje, that his party was out to deliver Lagos from bondage, Hamzat described the statement as “not only unfortunate, but borne out of ignorance”.
He said: “Please, where were these people when Asiwaju Bola Tinubu was fighting for special status for Lagos State, the campaign Senator Oluremi Tinubu and our other Senators, including our House of Representatives members, took to the National Assembly?
“What was the contribution of PDP leaders in Lagos State when former President Olusegun Obasanjo seized Lagos fund for years? Did they talk? When we wanted to start the Eko Atlantic project, it took us six years to get approval before President Umaru Yar’Adua of the blessed memory gave the approval. So, its’ not surprising that it’s only when elections come that the likes of Mr. Agbaje always remember that Lagos is in their imaginary bondage.”
Share