The Federal Government has insisted that Nigerian troops have succeeded in decimating the capacity of the Boko Haram terrorist group to carry out spectacular attacks.

This, the Federal Government said, was without prejudice to the fact that the group carried out occasional attacks on soft targets in the North-East.

The Minister of Information and Culture, Alhaji Lai Mohammed, said this at a media briefing in Abuja, on Tuesday.

He also described news on social media that the welfare of troops in the frontline was so poor that soldiers were begging for food as “fake news.”

Mohammed urged Nigerians to appreciate and understand the nature of the Boko Haram insurgency, which grew from a local terrorist group into an international group attracting funding and support from similar groups across the globe.

He noted that the group now received funding and support from foreign terrorist groups such as the Islamic State of Iraq and Syria, Al-Qaeda and similar other groups across the globe.

The minister said, “When the government says it has decapitated Boko Haram, what government means is that a time was, when even this capital city  – Abuja – was not immune from attacks by Boko Haram.

“You are all living witnesses to the attack on the United Nations Headquarters, the Nigeria Police headquarters, the ThisDay Newspapers, Nyanya Park twice; but since 2015, all that has become history.”

He further said, “Today, we can say confidently that not an inch of our territory is under the control of Boko Haram. They have been repelled even from their spiritual headquarters.”

According to him, the activities of the group are today confined to the fringes of the Lake Chad Islands between Niger, Cameroon and Chad where they launch attacks on soft targets.

He further explained that those familiar with insurgencies appreciated the fact that it was better not to allow it to start because the end was never predictable.

On the welfare of troops in the frontline, Mohammed said the Federal Government had established that troops were properly taken care of, contrary to speculations to the contrary on social media.

He said barely a few weeks after the administration alerted Nigerians on the dangers of fake news, an online medium published a report alleging that troops were being starved and denied their allowances.

The minister said, “On September 21st, 2018, an online publication reported alleged deplorable conditions of the troops who are fighting Boko Haram in the North-East. Quoting a phantom Corporal, with the pseudonym Gandoki, said to be serving with one of the Special Forces Units in the theatre of operation, the publication alleged that troops deployed in particular along Gubio Road and the Brig.-Gen. Maimalari Secondary School were begging for food to survive, were poorly kitted with some wearing slippers and were facing irregular/short payment of their allowances.”

He stressed that President Buhari took the report seriously and ordered an investigation to determine the veracity or otherwise of claims made in the said publication.

Mohammed said, “The investigation has since been concluded. The summary of the findings is that there is no case of hunger, starvation or begging among the troops fighting in the North-East and in particular in the Armed Forces Special Forces Battalion that was referenced in the publication.

“There is also no irregular/short payment of allowances, while claims of poor equipment, inadequate kitting and accommodation are found to be ill-conceived and unfounded.

“How then can soldiers who are fed centrally be starving or begging for food? Concerning the payment of allowances, the monthly allowances of troops of the AFSF Battalion are being paid directly into their various accounts from the Defence Headquarters; hence they cannot be shortchanged.

“On the allegation of poor equipment and inadequate kitting, it was found that the inflow of logistics into the theatre in the past six months showed an enormous quantity of material was distributed to troops in the theatre. Needless to say, that no army in the world has all the requisite equipment to prosecute counter-insurgency operations.” 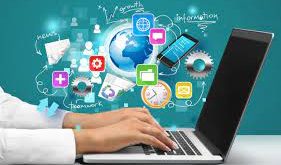